White House spokesperson Jen Psaki defended President Biden’s right to fire Trump-appointed military ‘advisory board members’ and calmly explained that every President has the right ‘right to appoint people they feel are aligned with their values on these advisory boards, even though they are non-partisan.’ 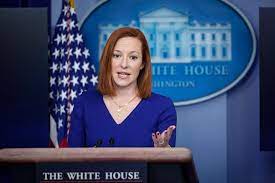 But the key part of her speech was this quote:

‘There are some people, of course, on these boards who have supported or stood by silently while their former boss supported an insurrection.’

Now comes the drama as some of the appointees refuse to resign, including Kellyanne Conway and Sean Spicer.

Spicer tweeted that ‘Biden should resign instead.’

Trump stacked his advisory groups with loyalists right before the end of his term and many of his picks have little or no experience.

It’s about time Biden made this move.