President Barack Obama hit the campaign trail on Wednesday to encourage people to vote…and gave an unvarnished report on just how ‘crazy’ things are under Trump.

‘Can you imagine if I had had a secret Chinese bank account when I was running for re-election?’ the Democrat said at a drive-in-style event in Philadelphia, a key swing state. ‘They would have called me Beijing Barry!’ 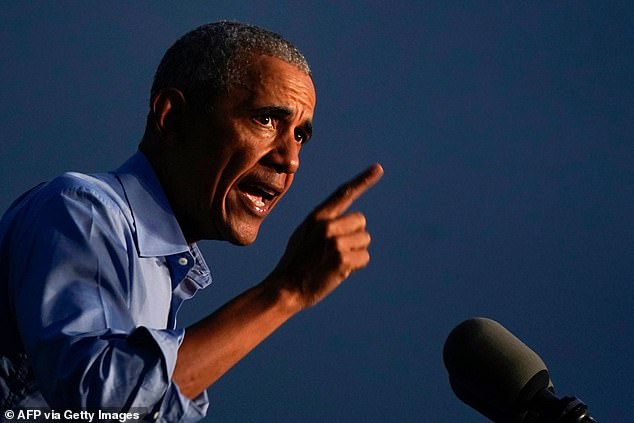 ‘You’ll be able to go about your lives knowing that the president is not going to retweet conspiracy theories, about secret cabals running the world, or that Navy Seals didn’t actually kill bin Laden,’ he said.

‘Thank about that, the president of the United States retweeted that. Imagine. What? What?’  Obama asked.

In his impassioned speech, Obama also promised that under Biden and his running mate, Sen. Kamala Harris, ‘we’re not going to have a president who goes out of his way to insult anybody who doesn’t support him or threaten them with jail.’

“His TV ratings are down. So you know that upsets him. But the thing is, this is not a reality show. This is reality,” Obama said at a drive-in rally in Philadelphia. “And the rest of us have to live with the consequences of him proving himself incapable of taking the job seriously.” 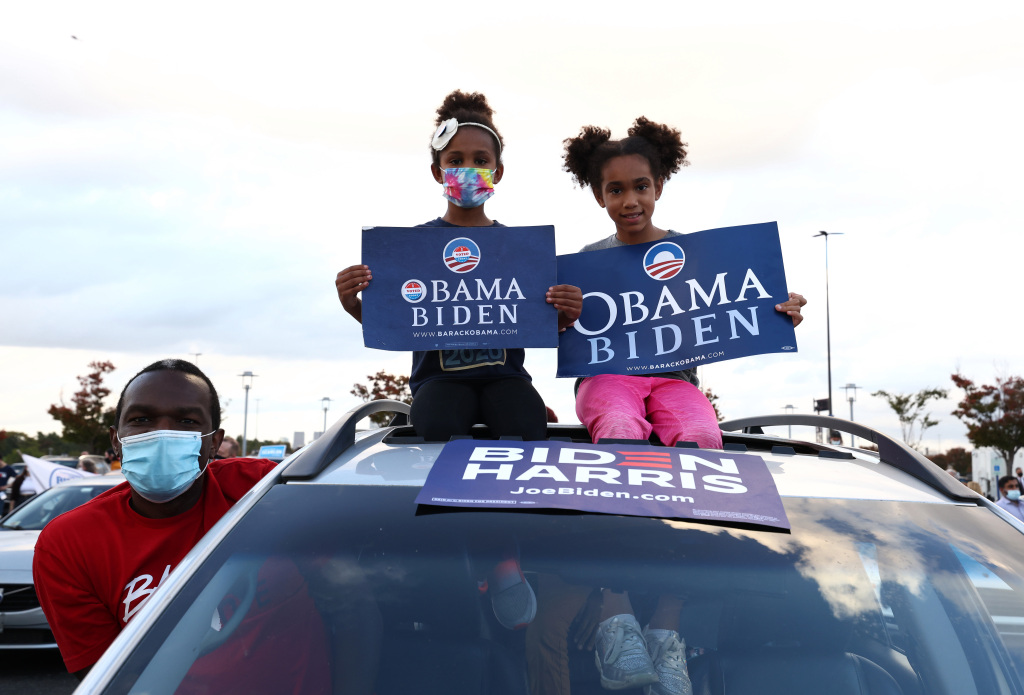 “He did inherit the longest streak of job growth in history,” Obama said. “But just like everything else he inherited, he messed it up.”

The popular President ended by saying ‘It just won’t be so exhausting,’ if voters elect Democrats Joe Biden and Kamala Harris.