In just 6 days, President Joe Biden has signed 33 executive actions — and is just getting started. Many of the new measures are rollbacks on Trump’s disastrous regulations, such as the environment and immigration laws.

While getting the stimulus bill passed is his first priority, the new President also quickly re-joined the Paris Agreement on Climate Change, reached out to the International community, strengthened environmental protections, changed the damaged immigration policy and yesterday dismantled Trump’s ban on transgender people serving in the military.

On day one alone President Biden froze approval of ALL rules passed by Trump in the last days of his Presidency. Now, all the new and pending laws must be reviewed by department and agency heads.

And you thought you were busy. 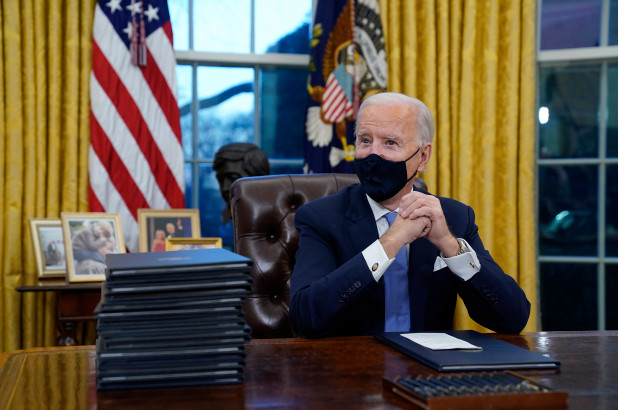