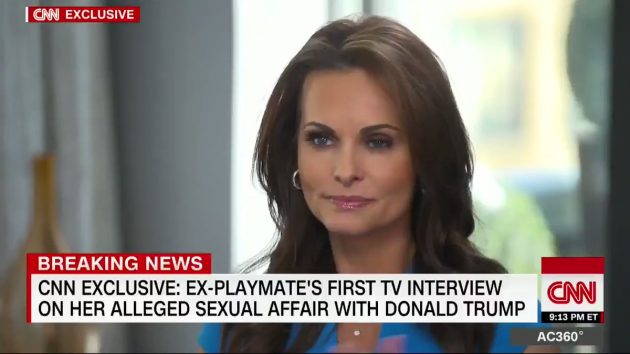 In her first TV interview, former Playmate Karen McDougal detailed her affair with Trump, saying he tried to pay her after sex : ‘After we had been intimate, he tried to pay me, and I actually didn’t know how to take that,’ she said.

McDougal told CNN that she and Trump had sex on their first date and that she went home afterward ‘crying in the backseat of a car’ when he offered her cash after they made love. She also revealed that they had unprotected sex, that he took her to his apartment in Trump Towers and he showed her Melania Trump’s bedroom, which made her feel ‘guilty.’

McDougal thought it was odd that Trump’s wife slept in a separate bedroom.

‘I thought maybe they were having issues,’ she said.

This would have been just after Melania had a baby, remember. Sleazy and sleazier… 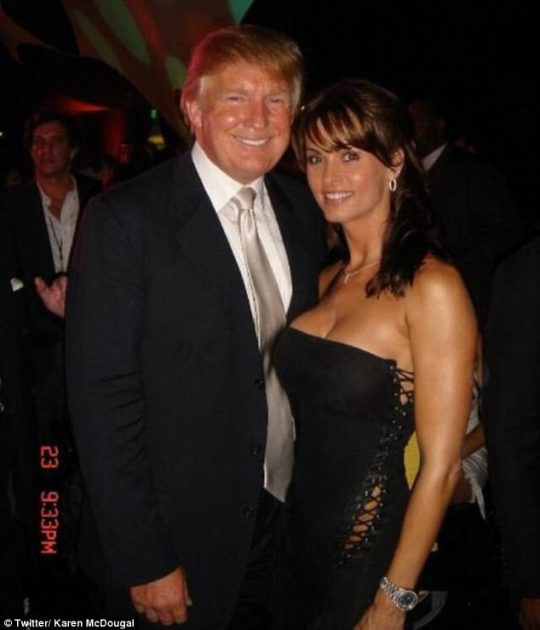