The mystery is solved! When a police officer patrolling the Subway in L.A. captured on video a woman singing an astonishing aria, the internet immediately demanded to know who was this apparently classically trained singer?

News reporters staked out the subway lines until they found Emily Zamourka, 52, who came to the U.S. from Russia when she was just 24. 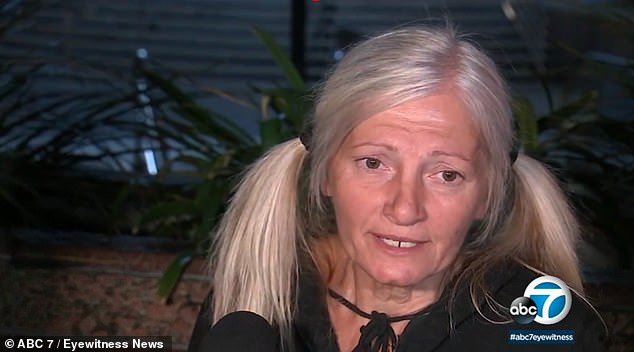 MS. Zamourka explained that she had taught lessons for violin and piano before she became ill and when her healthcare bills left her broke, she was kicked out of her apartment.

Now homeless, she eked out a living playing her violin in the subway until it was stolen. Now she sings in the subway  because it ‘sounds so great.’

She went to explain to the news crew:

‘I am sleeping actually on the cardboard right now, in the parking lot,’ she said. ‘I am sleeping where I can sleep… I have people that feel sorry for me, but I don’t want to be a burden to anybody.’

Here is her fundraiser; contribute if you can.