Mitt Romney was one of the seven Republicans who crossed the aisle and voted to convict the former president at his SECOND impeachment trial.

And as one of the rare Republicans willing to speak up against the former President, Romney made an impassioned statement after the trial.

“President Trump is guilty of the charge made by the House of Representatives. Trump attempted to corrupt the election by pressuring the secretary of state of Georgia to falsify the election results in his state,” and incited “the insurrection against Congress” during the counting of electoral votes’ Romney wrote.

“He did this despite the obvious and well-known threats of violence that day. President Trump also violated his oath of office by failing to protect the Capitol, the vice president and others in the Capitol. Each and every one of these conclusions compels me to support conviction.” 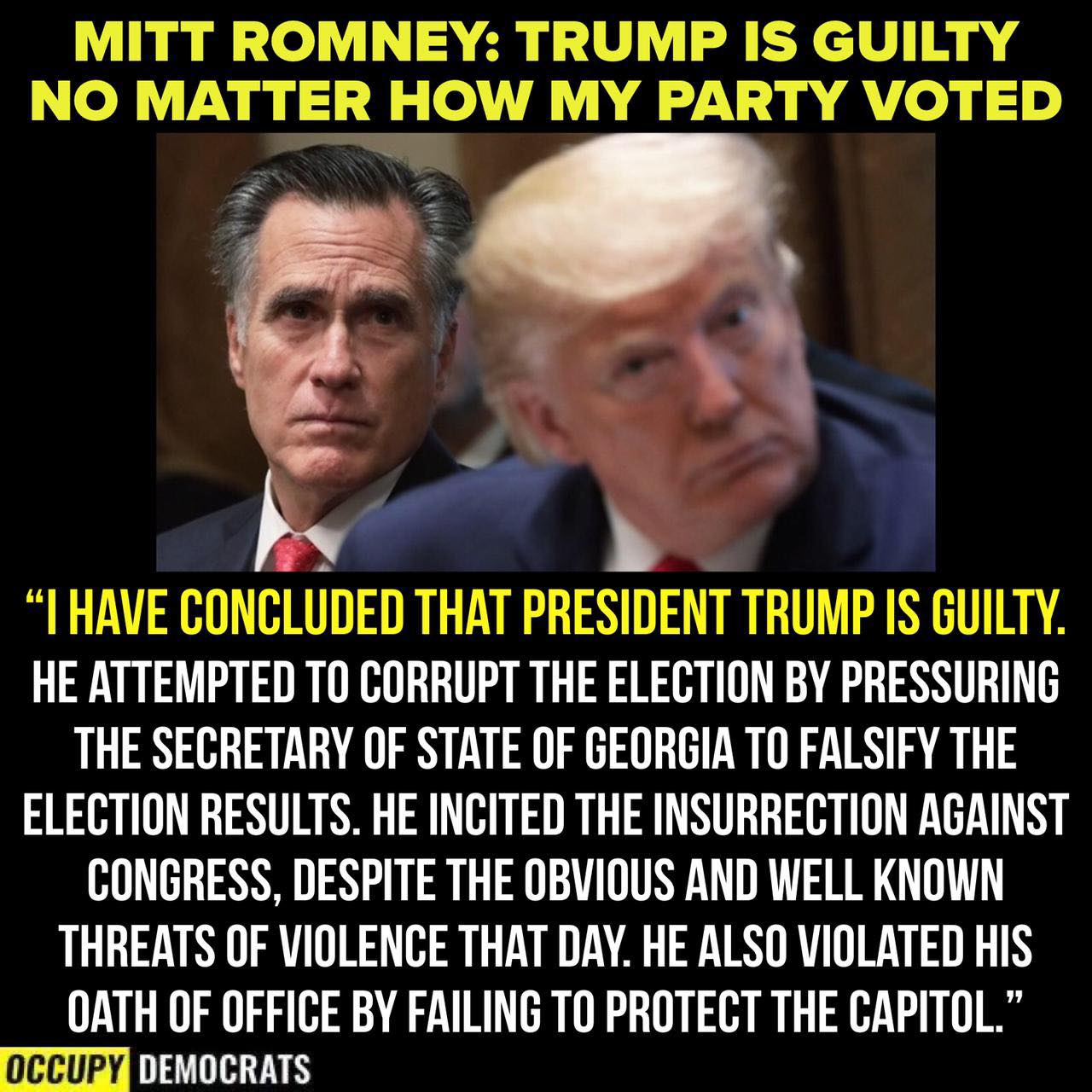