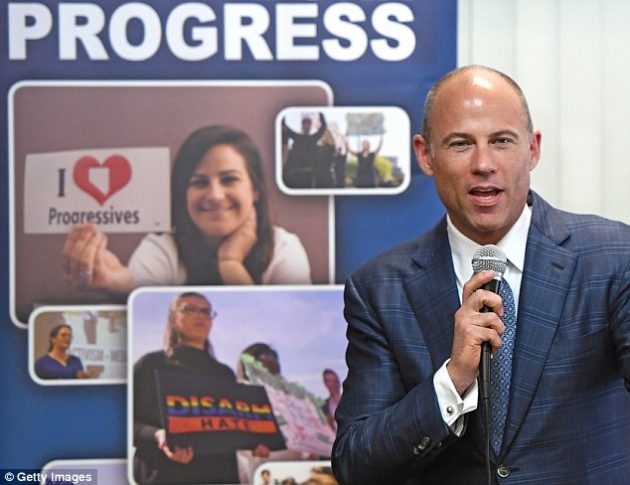 You know him as Stormy Daniel’s lawyer but Michael Avenatti has recently signaled he’s making a move into politics, expressly to get rid of Trump.

That must be behind his announcement that he’s planning a  ‘resistance rally’ in Texas in October,  the same night President Trump will be campaigning for his former rival, Senator Ted Cruz.

‘I am excited to announce that I will be leading a large resistance rally in Texas at the exact same time of Trump’s (details tba). All groups are welcome to join. We must fight fire with fire and we must send a message that we will fight to make America America again. #Basta,’ Avenatti wrote on Twitter on Sunday. 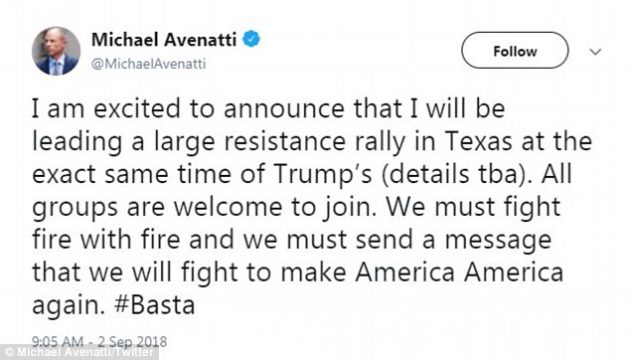