The Department of Education just announced that it will mark students as ‘excused’ who want to participate in the Manhattan climate change protest next Friday.

“TEN YEARS. We have ten years to save the planet,” Mayor Bill de Blasio tweeted.“Today’s leaders are making decisions for our environment that our kids will have to live with. New York City stands with our young people. They’re our conscience. We support the 9/20 #ClimateStrike.”

Since the DOE won’t put a red mark on any attendance record, it is expected that huge crowds of teens will get the attention of the world before the UN conference on climate change next week. 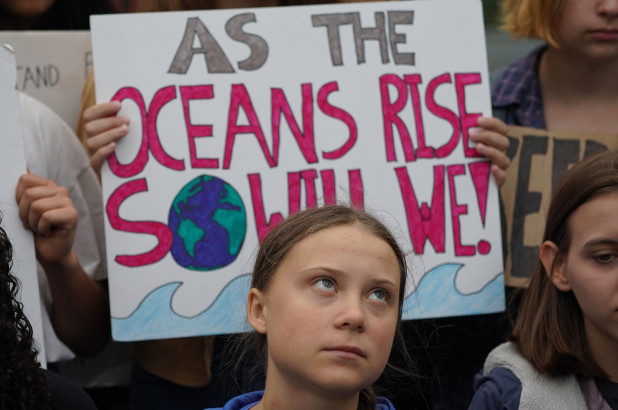 Greta Thunberg joins activists outside the United Nations during a protest against climate change in New York.