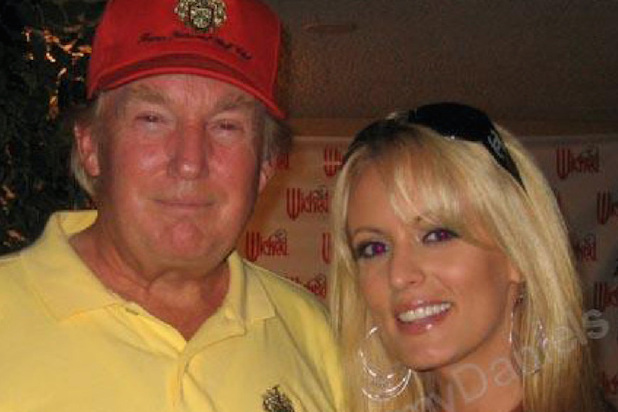 After a judge on Monday dismissed adult film actress Stormy Daniels’s defamation lawsuit against President Donald Trump, saying a tweet the president had written referring to her was protected by free-speech laws, Trump fired off one insulting tweet after another. 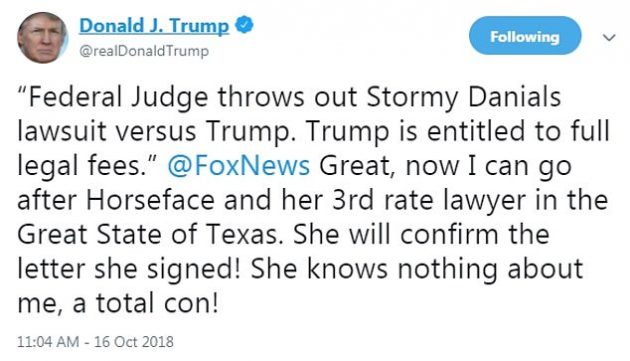 Avenatti was not about to take this lying down and fired back calling the President a ‘disgusting misogynist’ and an ’embarrassment to the United States.’

Why do we think there’s a new war of the tweets? 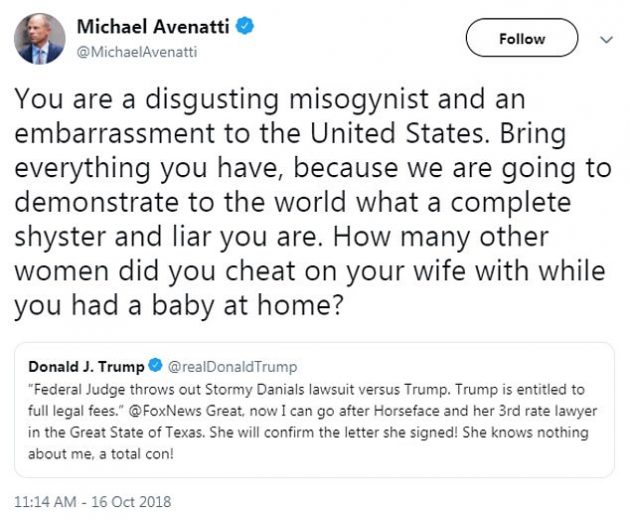