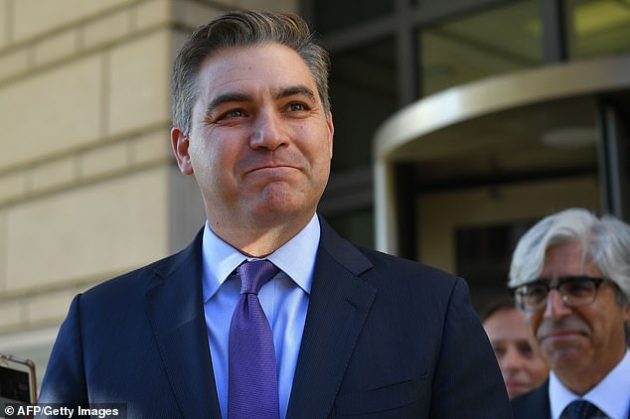 This Just In: A Federal judge rules for CNN and orders the White House to reinstate reporter Jim Acosta’s press pass and slammed the West Wing, saying in his ruling that  Trump’s claim that Acosta  ‘placed his hands’ on female intern was of ‘questionable accuracy.’

CNN sued on Tuesday on First Amendment grounds, claiming that Acosta was denied a ‘Fifth Amendment right to due process.’

A beaming Acosta told the press outside the courthouse:

‘I want to thank all of my colleagues in the press who supported us this week,’ Acosta told other reporters outside the federal courthouse in Washington, D.C. ‘And I want to thank the judge for the decision he made today. And let’s go back to work.’ 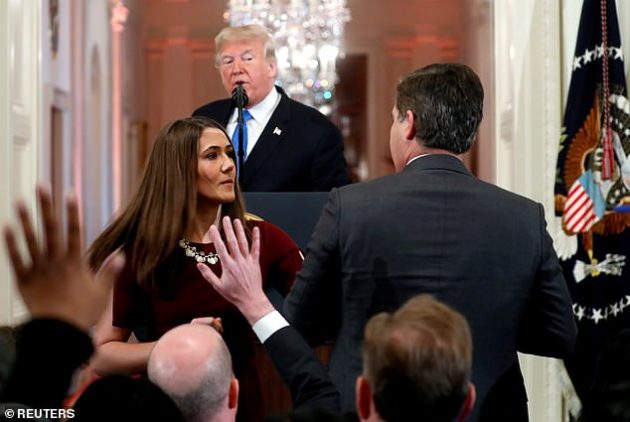