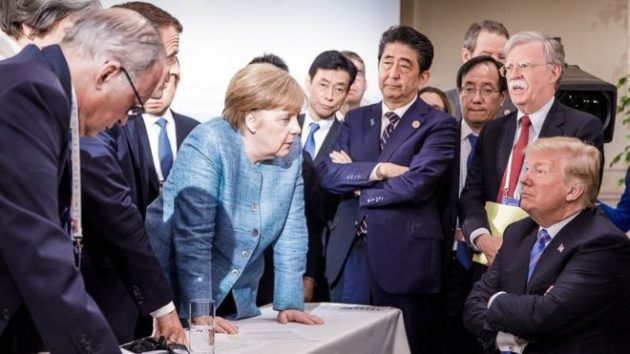 Tump arrived late for almost every G7 meeting, an insult to all the assembled world leaders; refused to budge on his tariff war and refused to sign the final communique, which was signed by every other nation.

To top it off, he left early, tweeting insults about his Canadian host before the plane was even in the air, reacting to P.M. Justin Trudeau’s response to Trump’s irrational tariffs. (See video below.) 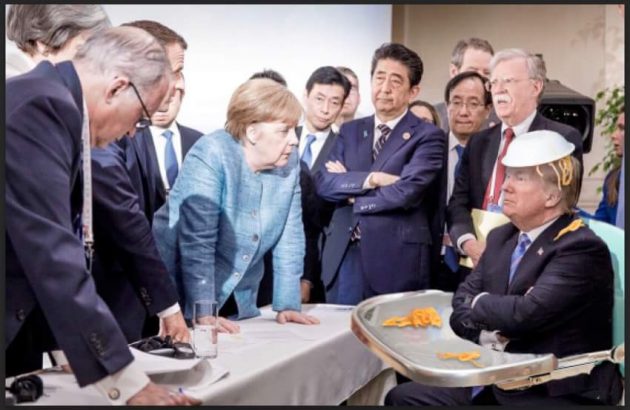 “Canadians are polite and reasonable but we will also not be pushed around,” he said.