At the committee hearing on the Capitol riots, Rep. Bennie Thompson asked the four officers testifying at the hearing today what they want the committee to uncover in their investigation.

DC Metropolitan Police Officer Michael Fanone blamed President Trump for the “violent political rhetoric” leading up to and during the event. 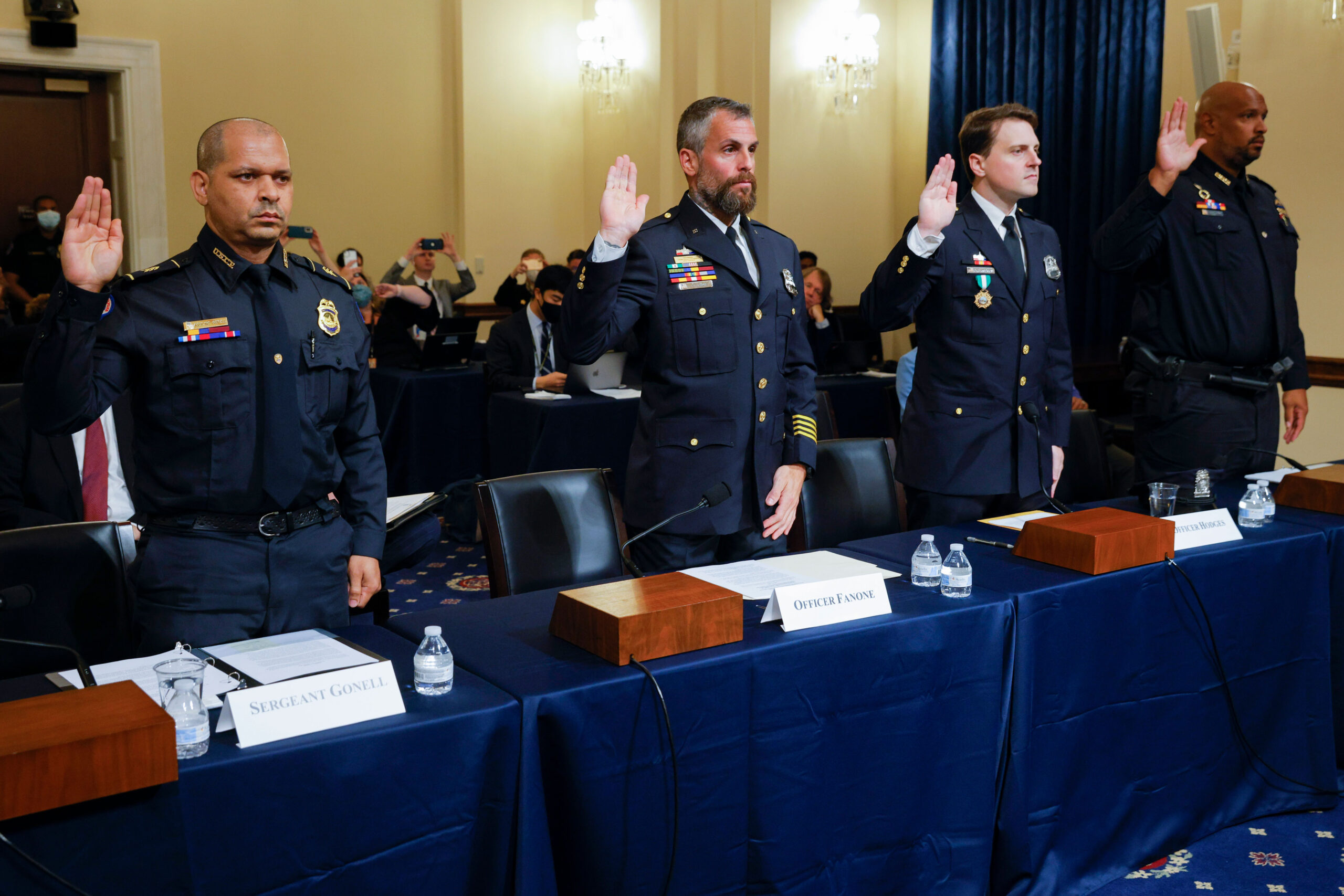 “The time, the place, and the circumstances of that rally, that rhetoric, and those events to me leads in the direction of our president,” referring to former President Trump, “and other members” of Congress and the Senate, he said.

He called for the committee to conduct “an investigation into those actions and activities which may have resulted in the events of Jan. 6,” and whether or not there was “a collaboration between those members, their staff, and these terrorists.”

US Capitol Police Officer Harry Dunn agreed and added that a “hitman” sent the insurrectionists to the Capitol that day.

“There was an attack carried out on Jan. 6, and a hitman sent them. I want you to get to the bottom of that,” Dunn said.