At the 37th Annual Santa Barbara International Film Festival on March 1, Benedict Cumberbatch once again showed his support for the Ukrainian people by wrapping himself in the yellow and blue flag of the nation.

As he was leaving the stage (he won some award) he shouted “Stand united with Ukraine,” then spotted someone holding up the flag to him and reached out to retrieve it. 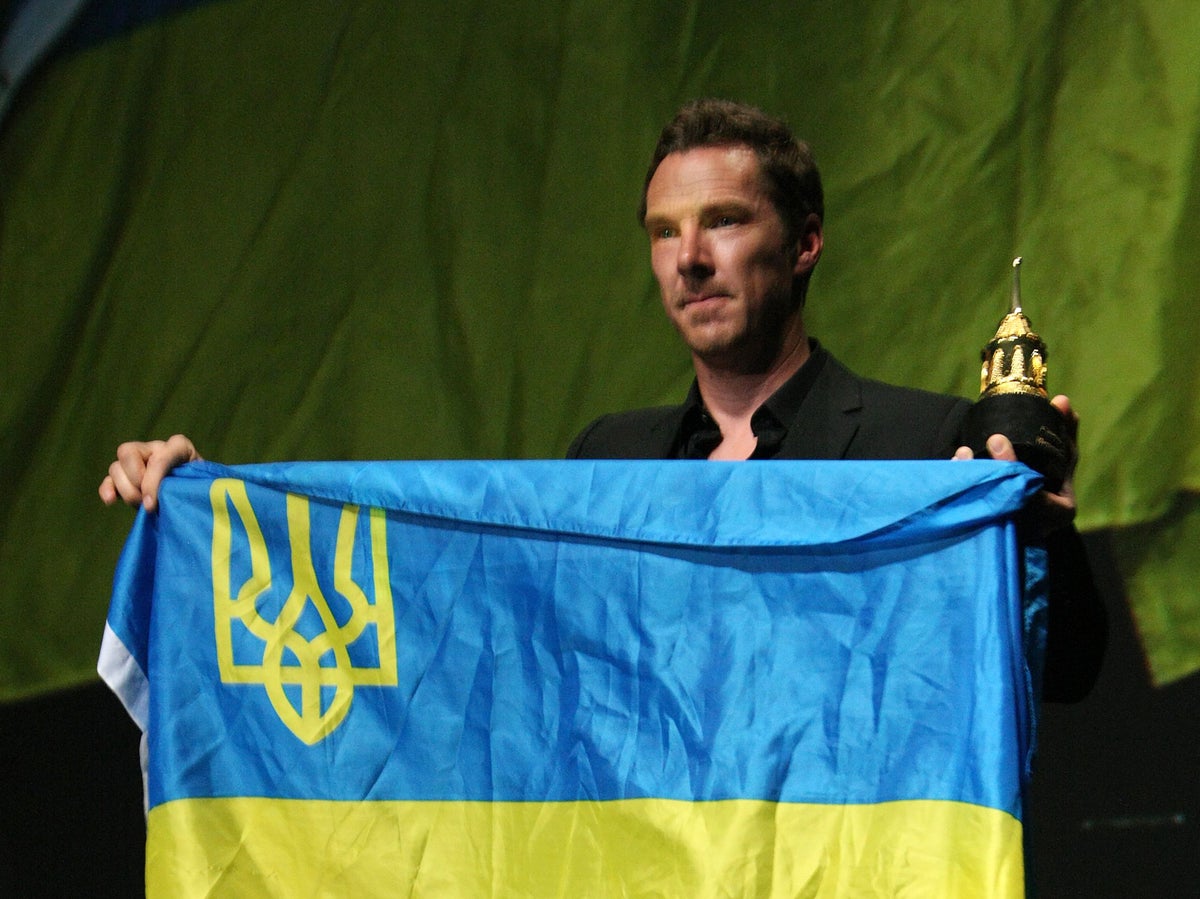 This is the second time the “Power of the Dog” actor has spoken up about the atrocities in Ukraine. At the unveiling of his Star on the Hollywood Star of Fame, the Sherlock actor spoke eloquently :

“I can’t speak today at this amazing moment in my life on this extraordinary platform without acknowledging the obvious of what’s happening in Ukraine and to show my support for the people of Ukraine, my support for the people of Russia who are opposing the kleptocracy and the idiocy of that route to try and halt the progression of this atrocity.”

Cumberbatch added: “We can’t stand back anymore. This is no longer a time for avarice or sloth or inactiveness or ineptitude.”