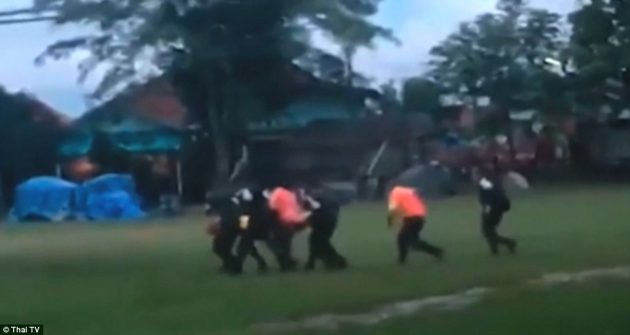 With monsoon rains closing in, Sunday was ‘D-Day’ for the rescue of the trapped Thai boys. Eighteen divers took out the four, with two divers going with each boy. Four of the Thai soccer team boys have been brought out of the cave but with nightfall, the operation was called off until Monday morning. Eight small boys and their coach still remain trapped.
Once out of the cave, the boys have been whisked by helicopter and ambulances to a nearby hospital. 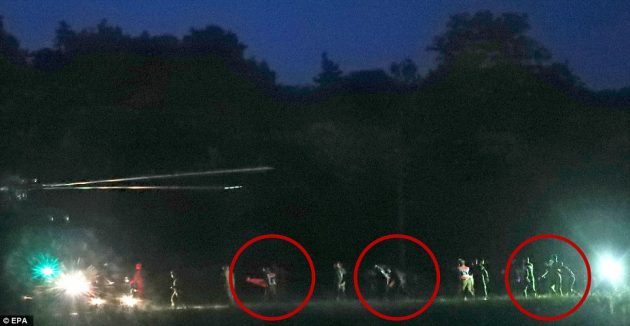