Former US ambassador at the U.N., Nikkie Haley, reveals in her new book that Former Secretary of State Tillerson and former White House Chief of Staff Kelly pressured her to  ‘workaround Trump’ on key issues, writing:

‘Kelly and Tillerson confided in me that when they resisted the president, they weren’t being insubordinate, they were trying to save the country,’ Haley wrote in an excerpt obtained by The Washington Post.

‘It was their decisions, not the president’s, that were in the best interests of America, they said. The president didn’t know what he was doing.’
Bascially, the two high-placed West Wing players were trying to ‘save the country’ by undermining the President, she says. In perhaps the most shocking claim, Haley reports that Tillerson told her that ‘people would die if Trump was unchecked.’ 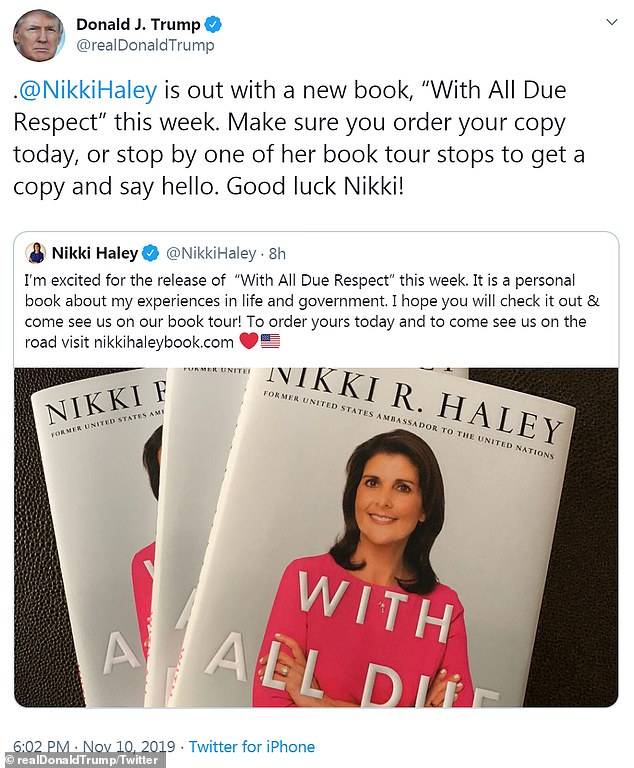 The real takeaway here is that senior administration officials were so worried about Trump that they tried to circumvent his actions and felt that he posed a serious danger to the country.