Monday a  jury in Washington, DC, found ex-Virginia police officer Thomas Robertson guilty on all six charges for his actions during the US Capitol attack on January 6. (That’s the guy in the photo pointing at his friend.)

All told the charges included impeding law enforcement officers, obstructing an official proceeding, entering and remaining in restricted grounds and tampering with evidence. 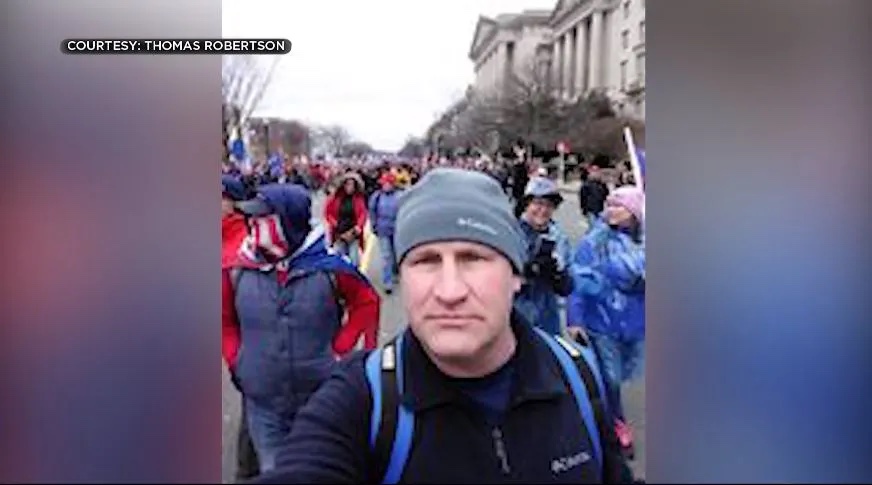 Robertson was identified as the man who struck two police officers which the prosecutors showed during the trial after it was captured on police body cams. Add to the hill of evidence some of his early online posts when he called for an ‘opened armed rebellion.’
A sentencing date has not been set.