It was only a matter of time:

After confidential cables from Sir Kim Darroch, England’s ambassador here in the States were leaked, Sir Kim Darroch has resigned, writing  it was ‘impossible for me to carry out my role as I would like.’

In the now-infamous leaks, Sir Darroch referred to Trump as ‘inept’ and ‘insecure.’ (Remember, these were supposed to be secret.)

Trump responded in the only way he knows how… by Twitter of course: 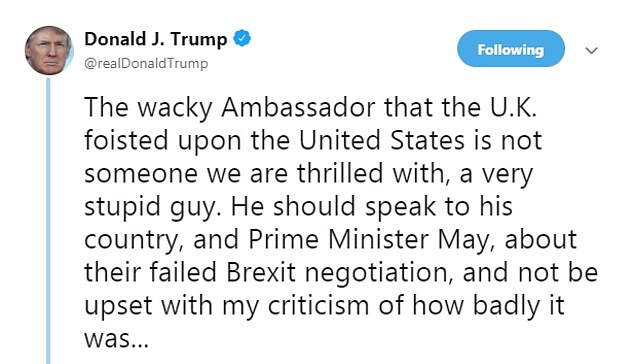 Meanwhile, police are investigating the source of the leak, with many saying it was the result of a Russian hack.