Fueled by dry winds, wildfires are burning through vineyards in Sonoma County in Northern California causing mass evacuations. The fire is threatening the  Alexander Valley viticultural area, which many vineyards call home. With the region’s main road, Highway 128, closed to traffic, tasting rooms were forced to cancel reservations.

The so-named Kincade fire started Wednesday night and consumed more than 16,000 acres of northern Sonoma County, pushed by wind gusts higher than 70 mph and forcing the evacuation of Geyserville and other parts of the famed Alexander Valley wine region and burning about 50 structures. As we write this the fire is only 5% contained. 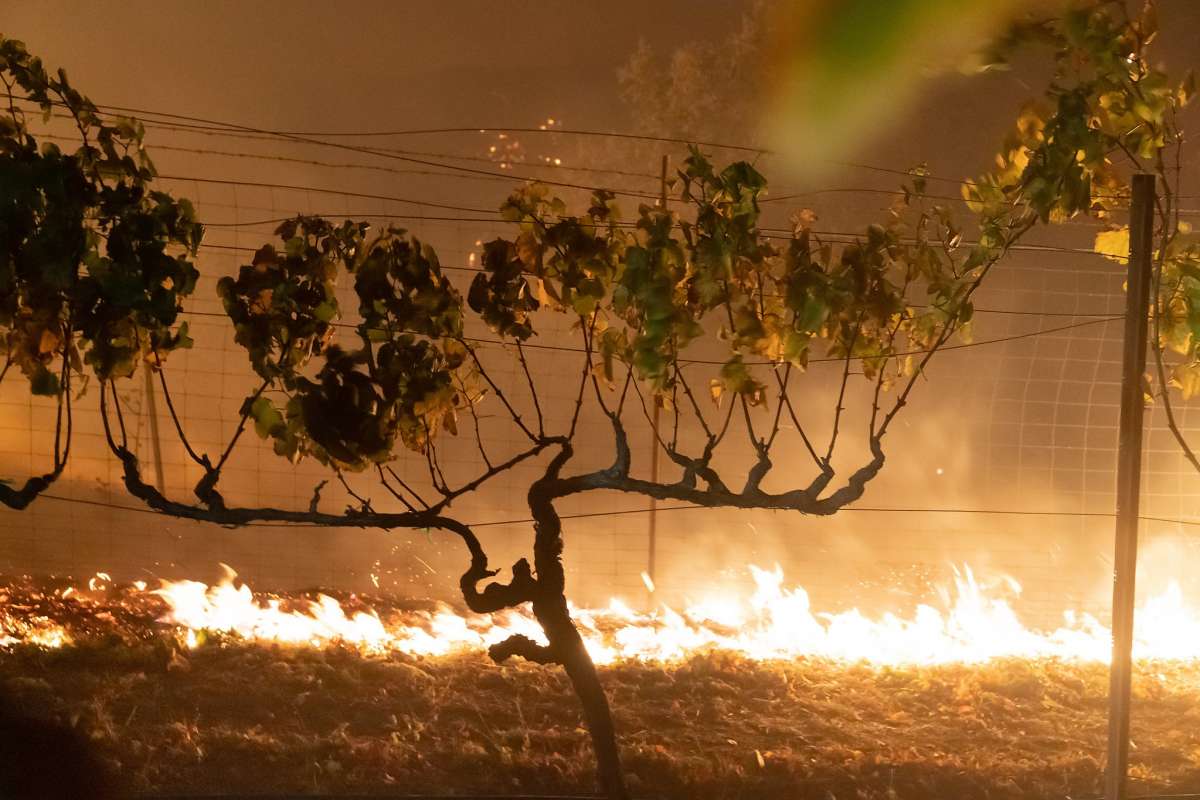 Several vineyards have already tweeted about the fire; the  Francis Ford Coppola Winery announced they would be closed for the day, writing:

“The winery is not currently in danger, but we are without power and the town of Geyserville is under evacuation orders. Our thoughts are with our Geyserville friends and neighbors, along with the fire crews and first responders working to keep us safe. Thank you.”

Even for those wineries who are lucky enough to have brought in the harvest are worried for other areas. Jordan Vineyard & Winery just south of the fire zone tweeted:

“The majority of Jordan Cabernet Sauvignon fruit comes from family growers east of Geyserville who have farmed their land for generations. They are like family to us … Our winemaker is staying in close contact with them; so far, everyone is safe, and we are ready to help our extended family as soon as we know more.”