The story so far:

This week, Donald Trump demanded that Bubba Wallace should apologize after the noose found in his racing garage turned out not to be directed at him and was used as a functional door pull. 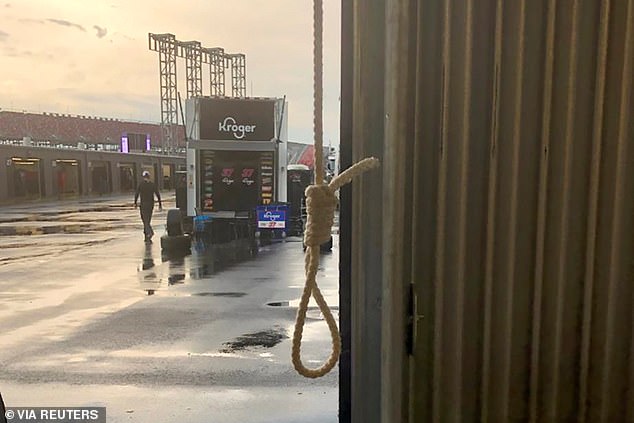 It wasn’t even Bubba who discovered the noose but a member of his team, who immediately reported it to NASCAR and they brought in the F.B.I.

The tight-knit NASCAR family united around Bubba and called for an end to racism. 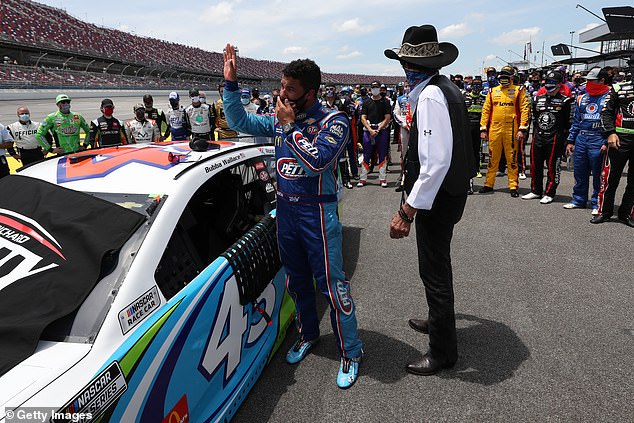 So when Trump complained that Bubba should apologize, Bubba’s Mom told him not to even respond, saying that ‘you can’t fix stupid.’ 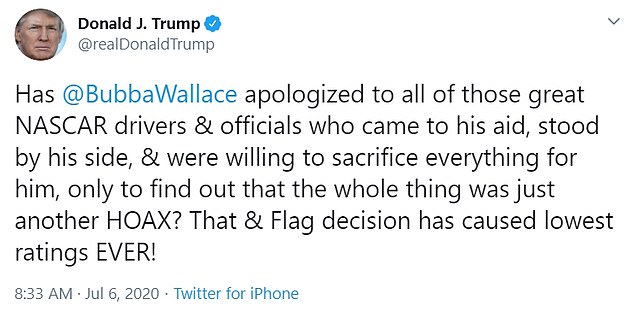 Instead, NASCAR’s only black driver took the high road and tweeted: ‘Love should come naturally as people are TAUGHT to hate. Even when it’s HATE from the POTUS .. Love wins.’

Wallace’s father said anyone who blames his son for the noose is an ‘idiot.’ We tend to agree.