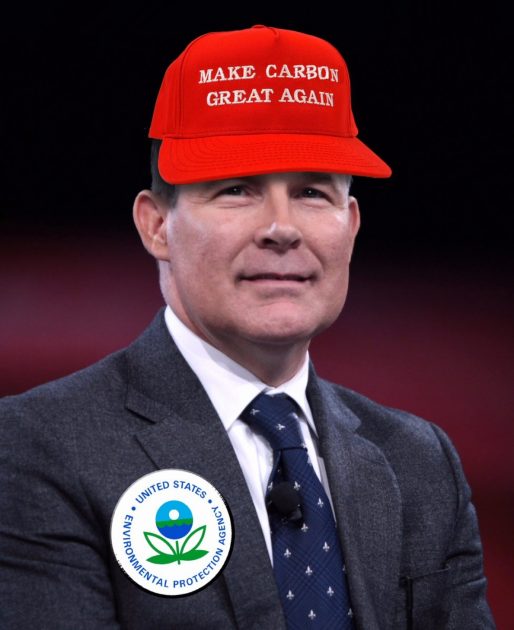 Trump just announced that he has accepted the resignation of EPA’s Scott Pruitt who has been trailed by numerous scandals. With almost no friends left, it was only the President who had supported Pruitt.

Under 13 federal investigations, a government watchdog agency has said that Pruitt broke the law when he insisted on purchasing a secure phone both costing $43,000 and he is still under investigation for his  $50 a night lease of a condominium held by a lobbying firm, a clear no-no.

Along with the numerous financial irregularities were the ethical violations, from his insistence on first-class travel and asking for special favors for his family. 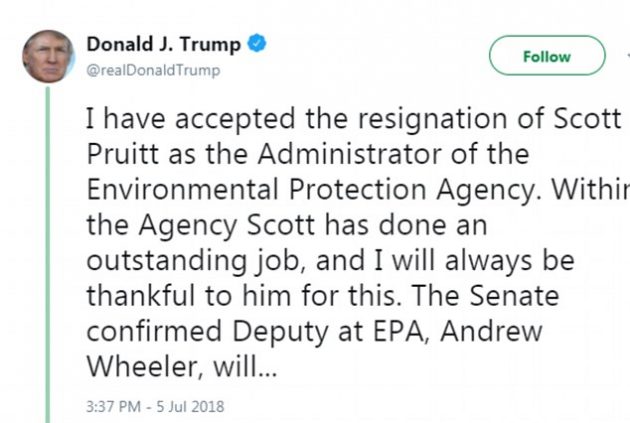 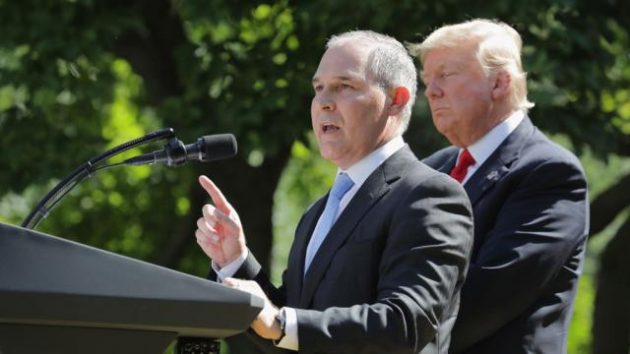