Brittney Griner was just sentenced to NINE years in a Russian prison for smuggling a cannabis vape pen with a minuscule amount of oil through the airport, though the basketball star says it was an accident.

Griner pleaded for mercy, asking the judge: ‘It was an honest mistake… I hope your ruling doesn’t end my life.’

‘I made an honest mistake and I hope that your ruling doesn’t end my life. I know everybody keeps talking about political pawn and politics…but I hope that it’s far from this courtroom.

‘I had no intent on breaking Russian law. I did not conspire or plan to commit this crime.

‘I hope you can take into account all the documents, the character lists that have been sent in on my behalf.

‘This is my second home. All I wanted to do was win championships and make them proud,’ she said. 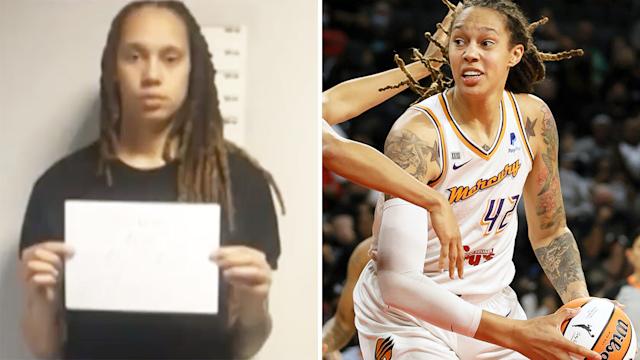 Biden says she’s been ‘wrongfully detained’ and demands she is ‘released immediately so she can be with her wife.’

Though there is talk of a prisoner swap — for arms dealer Viktor Bout — nothing has been confirmed.