‘Pose’ Star Billy Porter Breaks made history at the Emmys last night as the first gay actor to win a Lead Actor trophy, winning over nominees Jason Bateman, Sterling K. Brown, Kit Harington, Bob Odenkirk, and Milo Ventimiglia. Mind you, some closeted gays may have won before but Porter is openly gay. It’s about time.

In his exuberant speech Porter exclaimed:

“I am so overwhelmed and so overjoyed that I have lived long enough to see this day.’

While he was at it, Porter changed the name of the category: 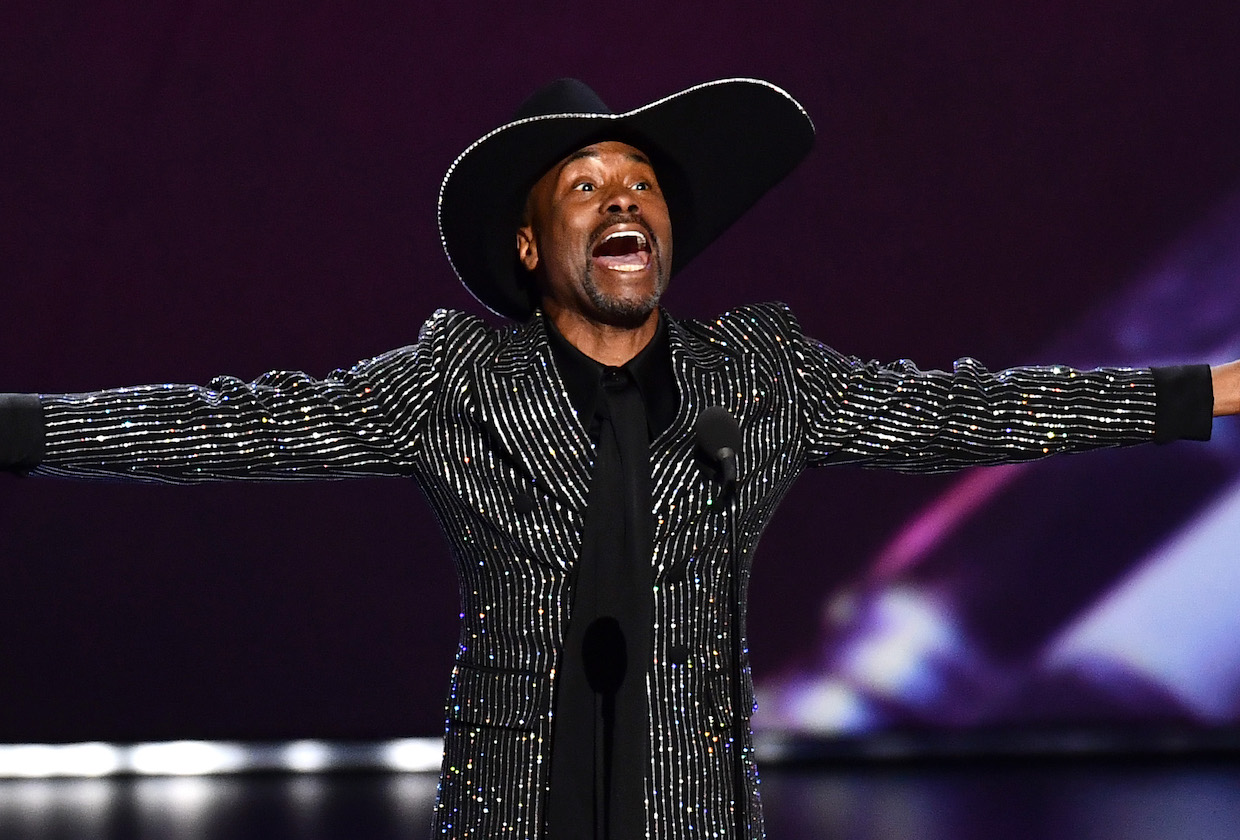 In the press room, the Pose emcee explained what the win meant to him.

“It’s been a long. It’s been a lot of work. It’s been a long time,” he continued. “And I am just so grateful that I live long enough to see the day where I could stand up in front of the world as my true authentic self. My true authentic self, I was told that who I am was never going to work. I was told that who and what I am would never be successful. Period. That’s what I was told. I did not believe that. I did not believe that. This is proof positive that believe in yourself, invest in yourself, Love yourself, and then teach other people how to do it.”