After two mass shootings over the weekend that took 29 lives in Ohio and Texas, Beto O’Rourke blamed President Trump’s dangerous rhetoric for the carnage. On ‘Morning Joe ‘ O’Rourke argued that the shooters ‘hateful, racist, murderous rage’ was ‘in part inspired by this president.’

‘The writing has been on the wall since his maiden speech coming down that escalator, describing Mexican immigrants as rapists and criminals. The actions that follow cannot surprise us,’ he continued.

‘And anyone who is surprised is part of this problem right now, including members of the media who ask, “Hey, Beto, do you think the president is racist?” 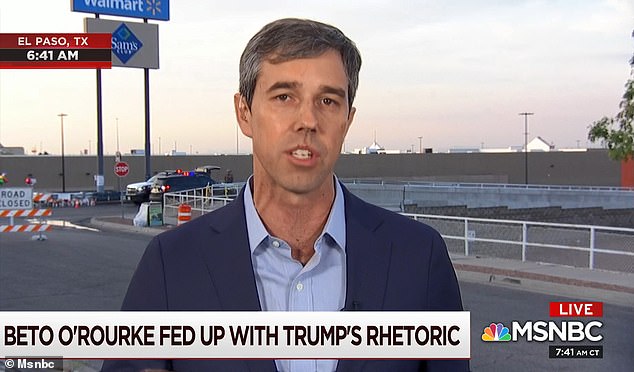 “We have a president of the United States who is particularly responsible,” Booker told NBC News’ “Meet the Press.” “There is a complicity in the president’s hatred that undermines the goodness and decency of Americans.” 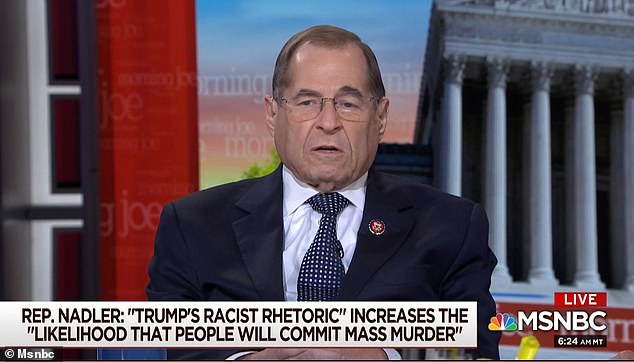 In El Paso, police say the gunman had posted a ‘racist, anti-immigrant manifesto online’ so he will additionally be charged with a hate crime.

In both cases, the domestic terrorists wielding assault weapons were young, white males, not immigrants, nor people of color. Connect the dots.