On Monday a photo surfaced of young, white men in T-shirts that read ‘Team Mitch’ appearing to fondle and choke a cardboard cutout of Rep. Alexandria Ocasio-Cortez . Quickly AOC called  out Senate Majority Leader Mitch McConnell “Hey @senatemajldr – these young men look like they work for you,” the freshwoman congresswoman tweeted. 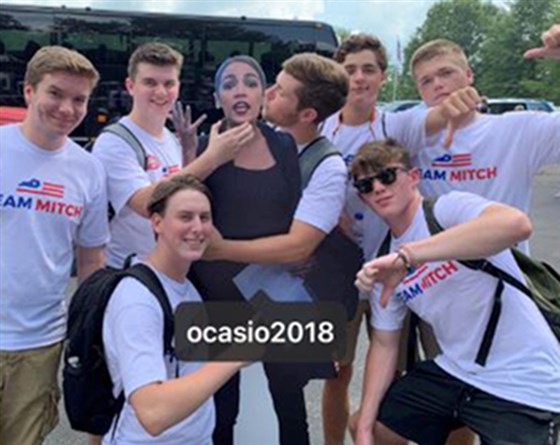 “Just wanted to clarify: are you paying for young men to practice groping & choking members of Congress w/ your payroll,” she asked, “or is this just the standard culture of #TeamMitch?”

Actually, this is indicative of the simmering racism and ‘old white men’ culture of the Republican party.