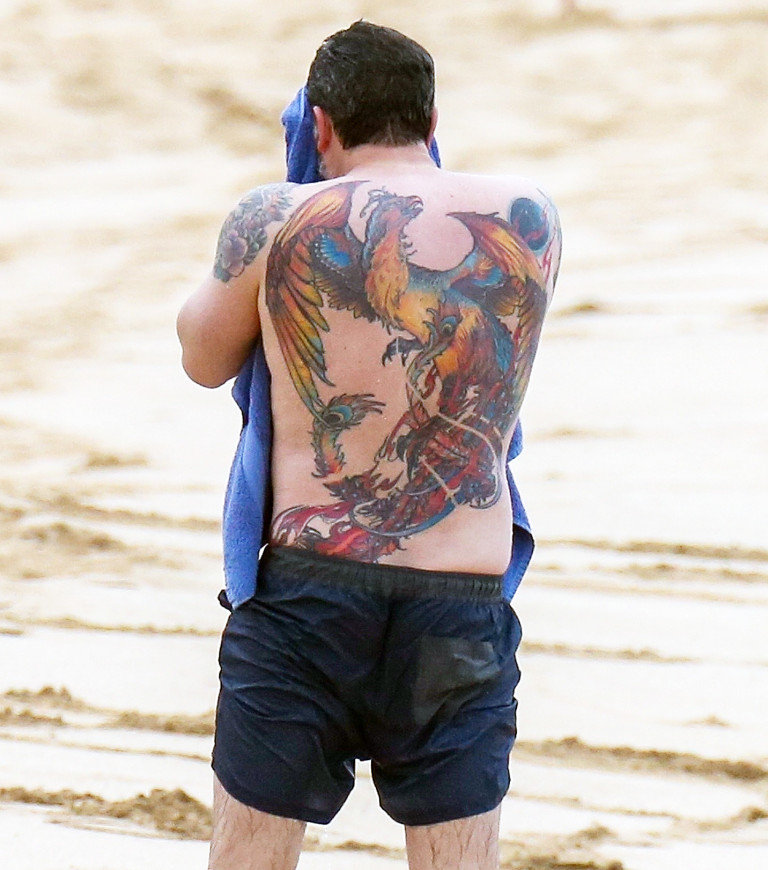 Though Ben Affleck maintained that the HUGE Phoenix tattoo on his back was fake and just applied for a movie when he was on a beach in Hawaii this month it was revealed in all its colorful display. Trolls and the New Yorker criticized the giant tattoo but Affleck fired back on Twitter: