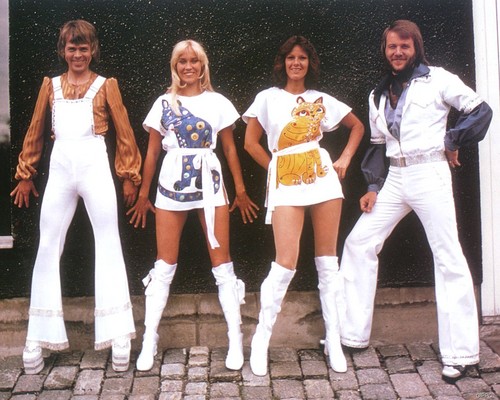 Yes, ABBA has gone in the studio and recorded new music for the first time in over 35 years.

‘It resulted in two new songs and one of them, I Still Have Faith In You will be performed by or digital selves in a TV special produced by NBC and the BBC aimed for broadcasting in December.

They added: ‘We may have been old, but the song is new. And it feels good.’

The bad news? You won’t be watching the original band gyrate on stage to their many hits; virtual ‘Abbatars’ are being created to represent the four members of the Swedish pop group, captured in their 1970 heydays.

As the band told a Swedish site:  ‘The decision to go ahead with the exciting ABBA avatar tour project had an unexpected consequence.

‘We all four felt that, after some 35 years, it could be fun to join forces again and go into the recording studio. So we did.  ‘ 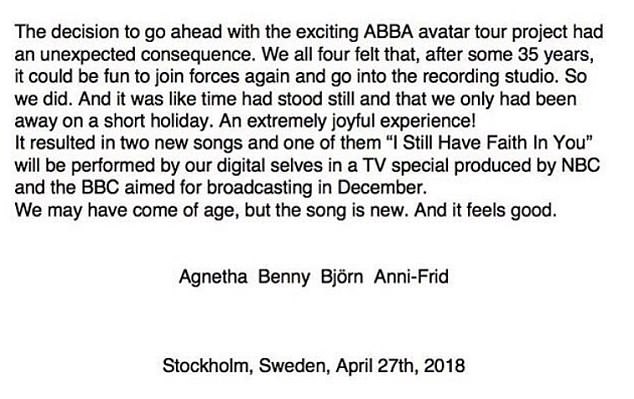 ‘You’ll hear the voices of ABBA coming out of the mouths of the Abbatars,’ he said.

‘You won’t be able to see that they’re not human beings. It’ll be spooky, I assure you, but great fun and no one has done it before.’