Oh sure, Tim Daley, alongside his partner Matty Lee, won their first Olympic gold medal in the men’s 10-meter synchronized diving event, but that’s not what Daley will be remembered for.

Photographers captured Daley knitting his way through the Olympics in photos that have now viral.

First, he knit a little ‘cozy’ for his gold medal, then a little doggie sweater and as the Olympics wound down he started — and finished! — a sweater to commemorate his time at the event. Follow him  @madewithlovebytomdaley, 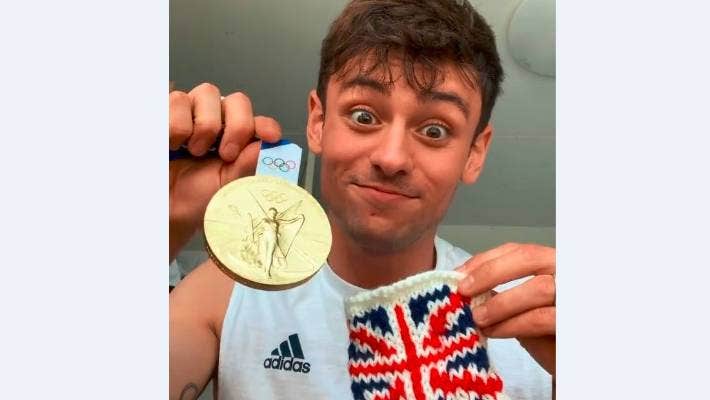 The sporty — or cardigan as it’s called in England — Team GB logo on the back, “GBR” and the Union Jack flag embroidered on the arms, and the word Tokyo embroidered in Japanese characters on the front.

“When I got to Tokyo, I wanted to make something that would remind me of these games. Something that I could say I had made in Tokyo, during the Olympics,” Daley said. 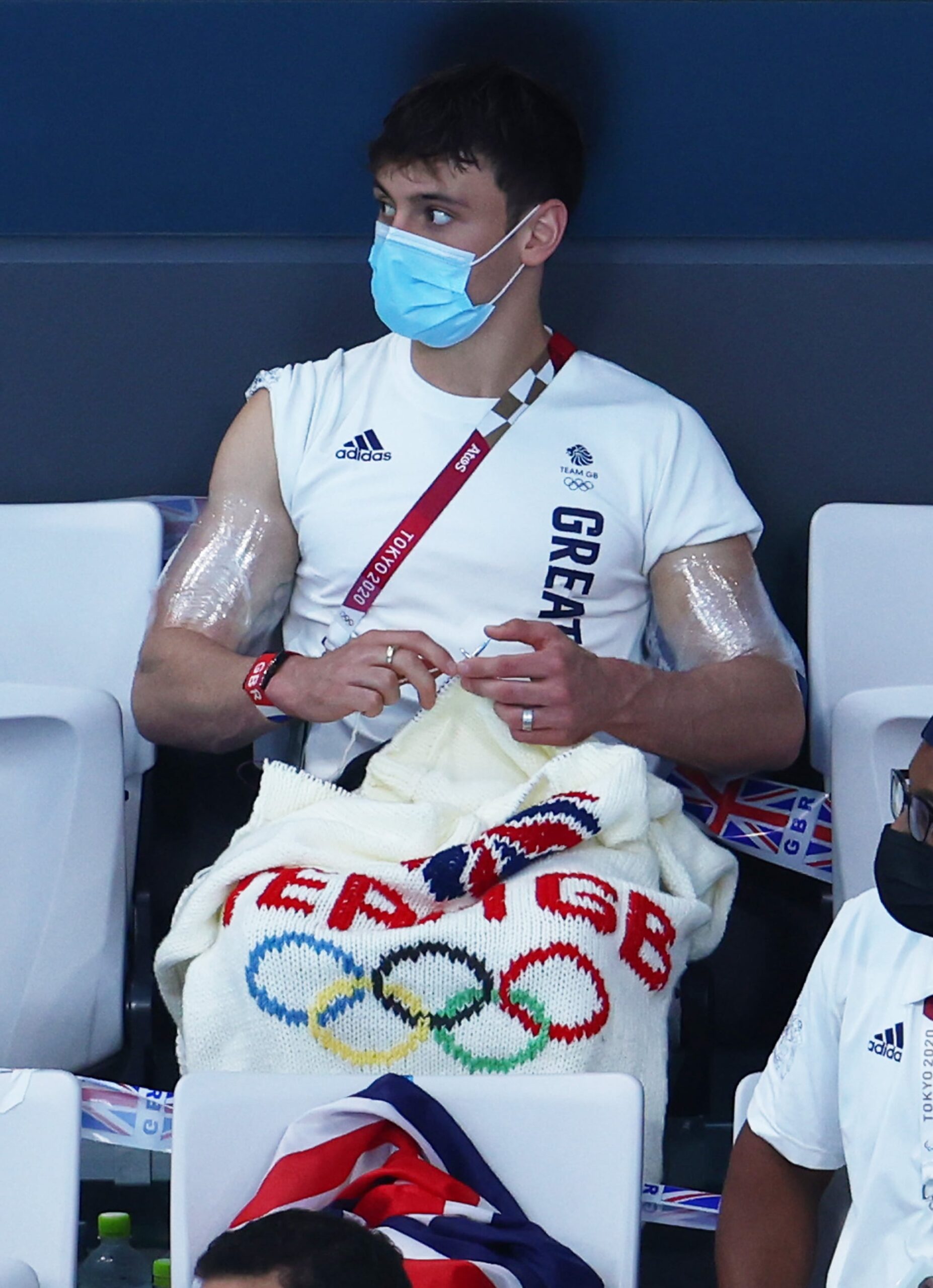