In Venice on Sunday a huge cruise ship lost engine control and crashed into a wharf and tourist boat, injuring five people, four of whom still remain hospitalized. 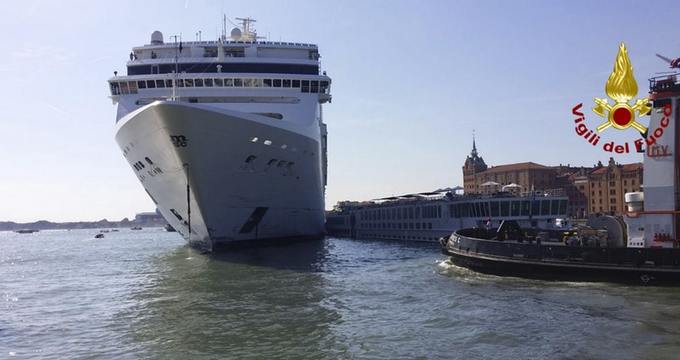 The Mayor of Venice basically said ‘That’s it’ and demanded a new route for the mammoth cruise ships which doesn’t bring them so close to the city.

Meanwhile, medical authorities said four of the women – an American, a New Zealander and two Australians between the ages of 67 and 72 – were injured falling or trying to run away when the cruise ship rammed into the tourist boat, the River Countess.