Twitter has come under increasing pressure to censor certain world leaders (read: Trump) after profane, prejudiced and threatening tweets, so it will now block users from liking, retweeting or sharing posts from leaders that violate its rules.

Plastering the offending tweet with a label will mean that the tweet will stay on the site but it can’t be shared.

Earlier Twitter announced it would not delete tweets that promote terrorism or violence (what about bullying?)  if they are deemed ‘newsworthy.’

‘This is new territory for everyone – a service being used by world leaders to communicate directly to their constituents or other leaders, and at times, announce policy – and every decision we make sets a new precedent,’ Twitter announced in a blog post. 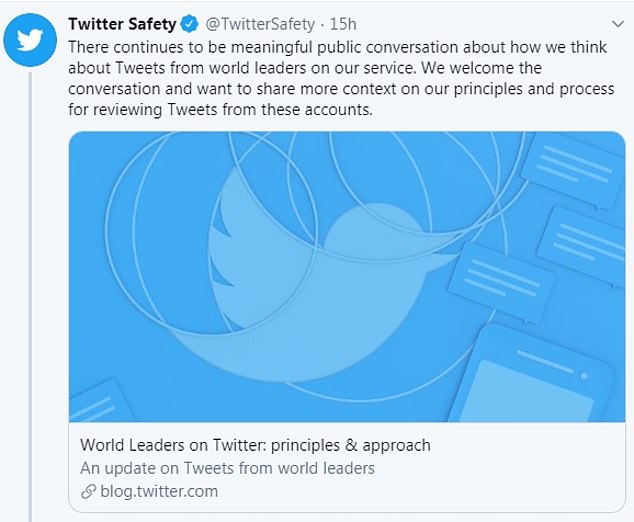 While this will help prevent the spreading of false information (again, looking at you Trump) many of the public feel that the President’s offensive, damaging and often threatening Tweets should be removed, period.

‘I would urge you to join me,’ she said, saying Trump used the platform to ‘intimidate witnesses, to threaten witnesses, to obstruct justice.’ 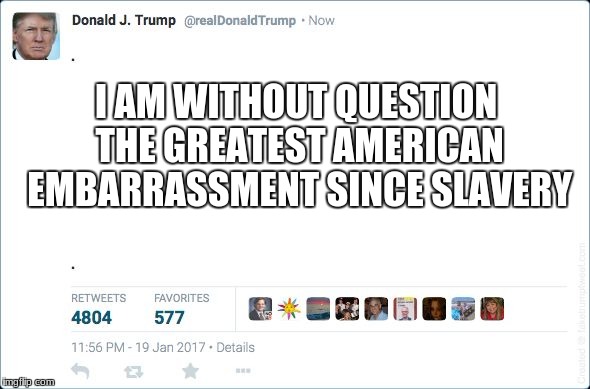