When previous Presidents have been asked why they ran for president, they’ve usually answered they wanted to ‘make America a better place for all people’ or another altruistic reason. 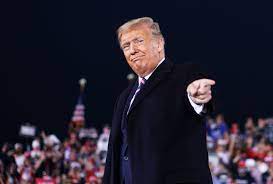 In an interview with the New York Times’ Maggie Haberman for her forthcoming book, “Confidence Man: The Making of Donald Trump and the Breaking of America,” former President Donald Trump revealed why he chose to run for office.

“The question I get asked more than any other question: ‘If you had it to do again, would you have done it?’” Trump told Haberman. “The answer is, yeah, I think so. Because here’s the way I look at it. I have so many rich friends and nobody knows who they are.”

So Trump ran for President because he wanted to be famous.