According to a source, Trump has whined that he wants everyone on his staff to take polygraphs to sniff out the leaks in his White House. He has complained that there are ‘snakes’ in the West Wing.

‘He wanted to polygraph every employee in the building to unearth who it was who spoke to the press,’ one of the officials said.

Remember when he brought in Anthony Scaramucci as White House Communications Director and his mandate was to root out the leakers? Fast forward seven days and Trump canned him after this infamous quote to The New Yorker:

‘What I want to do is I want to f***ing kill all the leakers and I want to get the President’s agenda on track so we can succeed for the American people.’

Sorry, were we laughing out loud? 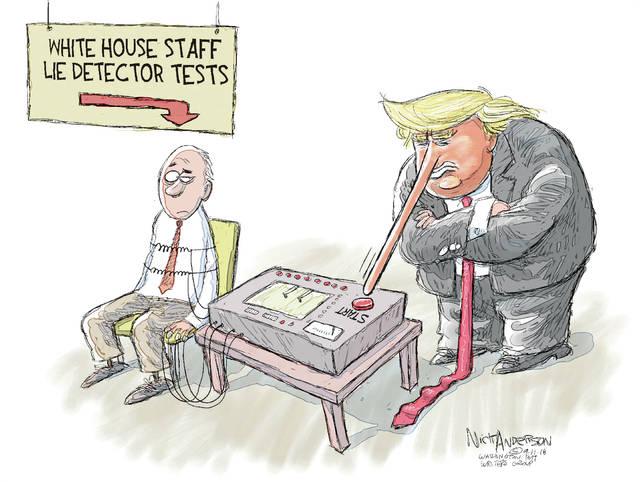