Making Trump the first President to be impeached TWICE, the historic vote was 232-197 with 10 Republicans joining the Democrats.

Mitch McConnell said he will not use his emergency powers to bring back the Senate, so the trial will kick-off after Trump leaves office.

Notably, third-ranking House Republican Liz Cheney (R- Wyo.) spoke out against the President:  “There has never been a greater betrayal by a president of the United States of his office and his oath to the Constitution.” 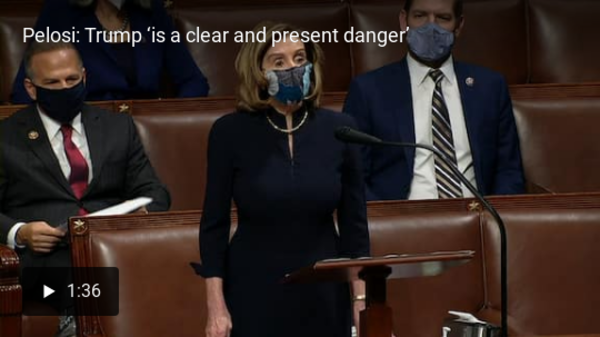