In a new book The Method To The Madness, the authors maintain that Trump is not the righteous teetotaler he claims to be, despite the President’s constant boasting to the contrary:

‘I never had a glass of alcohol. I never had alcohol. For whatever reason. Can you imagine if I had? What a mess I would be. I would be the world’s worst.’

But when the authors Allen Salkin and Aaron Short spoke to NYC nightclub owners where Trump hung out in the 1990s chasing ‘big breasted women’ they say something different.

A bartender at the hot spot SPY remembers Trump drinking, saying: ‘I served him and he drank at the bar. He’d come in with John Casablancas. ‘

‘He’d go to the side of the bar [at Spy] by the waitress station, because he liked the waitresses. He would order light beer. It was usually Miller Lite or Bud Light. John ordered vodka-based drinks.’

‘He drank his beer out of the bottle. He would nurse his beer. Even if they were there for hours, he would have three beers at the most.

‘Trump was very f**ing awkward and it was like John was Trump’s wingman to get him laid. This was his dynamic’.

Then again, in  October of 2018, Trump boasted: ‘I’m not a drinker and I can honestly say I never had a beer in my life. One of my only good traits. I don’t drink. ‘

Being an abstainer has always been part of Trump’s ‘brand’ but like everything else, it’s just a teetering house of cards. 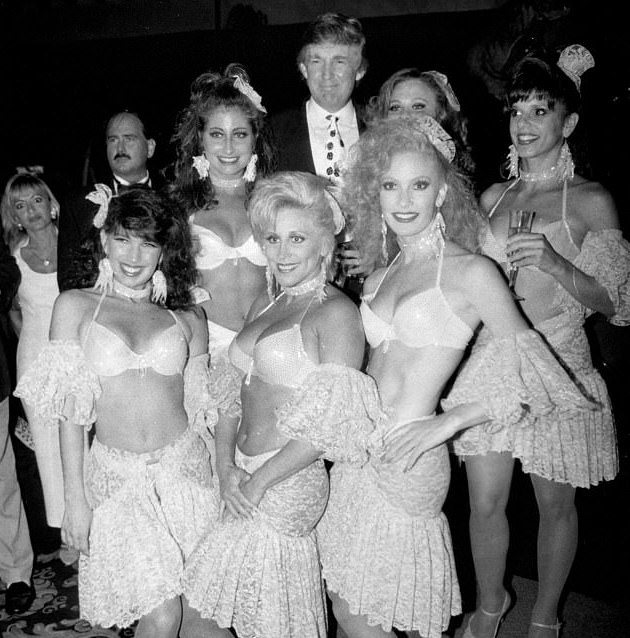