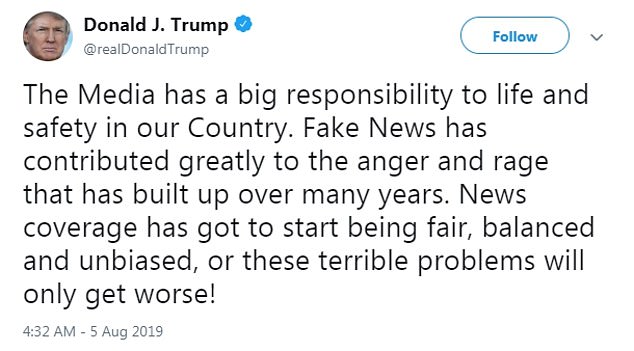 Trump blamed everything but gun control for the mass shootings happening all over the U.S. and took no responsibility for his hateful rhetoric which has played a role in recent violence against minorities. 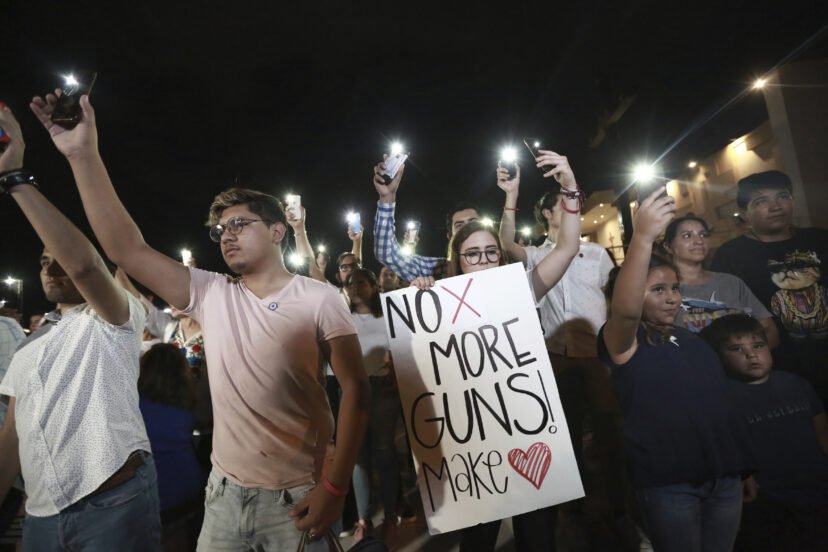 ‘Mental illness and hatred pulls the trigger, not the gun,’ Trump said. Yes, but what about making it harder for citizens to put their hands on an assault weapon?

‘We must recognize that the Internet has provided a dangerous avenue to radicalize disturbed minds and perform demented acts. We must shine a light on the dark recesses of the Internet and stop mass-murders before they start,’ he continued.

There was no mention of gun control or a call for stronger background checks both of which are actually something that would have an actual effect on mass shootings.