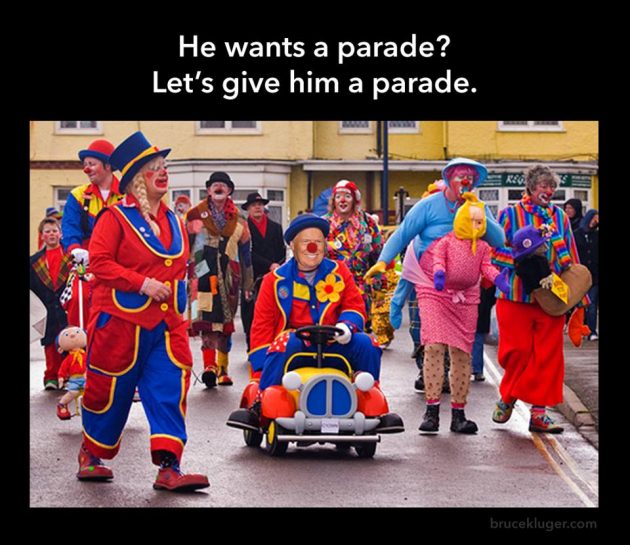 In his latest demand, Trump has asked for a parade to honor — wait for it — him.

‘Tanks, but no tanks’ responded the D.C. Council, who would be responsible for security, clean-up and even repair to the roads — even if the federal government says it will reimburse costs later.

“I don’t think anyone believes this would be about trying to honor men and women who serve our country,” said Council member Charles Allen (D-Ward 6). “This would only be about feeding one man’s ego.” 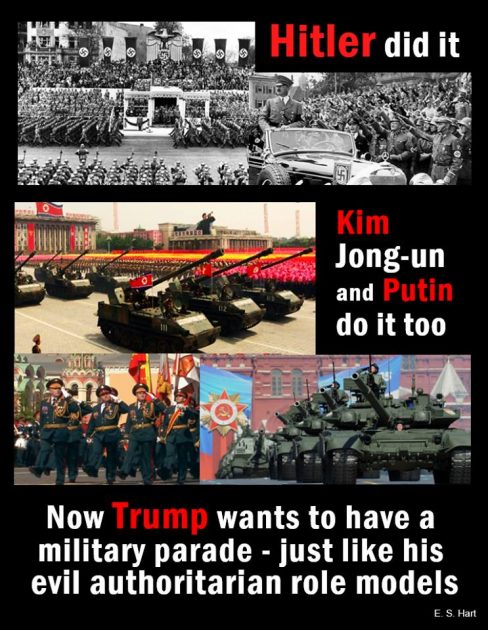