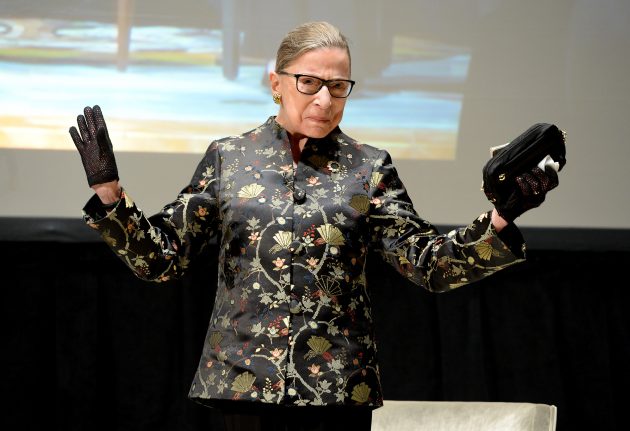 If our favorite Supreme Court Justice Ruth Bader Ginsburg has an injury we would have expected it to happen at the gym, where the 85-year-old works out like a warrior, but all it took was a little spill in her office to fracture three of RBG  ribs.

Admitted to the hospital, she is expected to bounce back and be back at work after ‘observation and treatment.’

“She went home, but after experiencing discomfort overnight, went to George Washington University Hospital early this morning,” the court said in a statement Thursday. “Tests showed that she fractured three ribs on her left side and she was admitted for observation and treatment.

The Brooklyn-native, one of four liberal justices on the nine-member court, has said she plans to serve on the bench until she is 90, and has hired law clerks through 202. She will outlive us all.