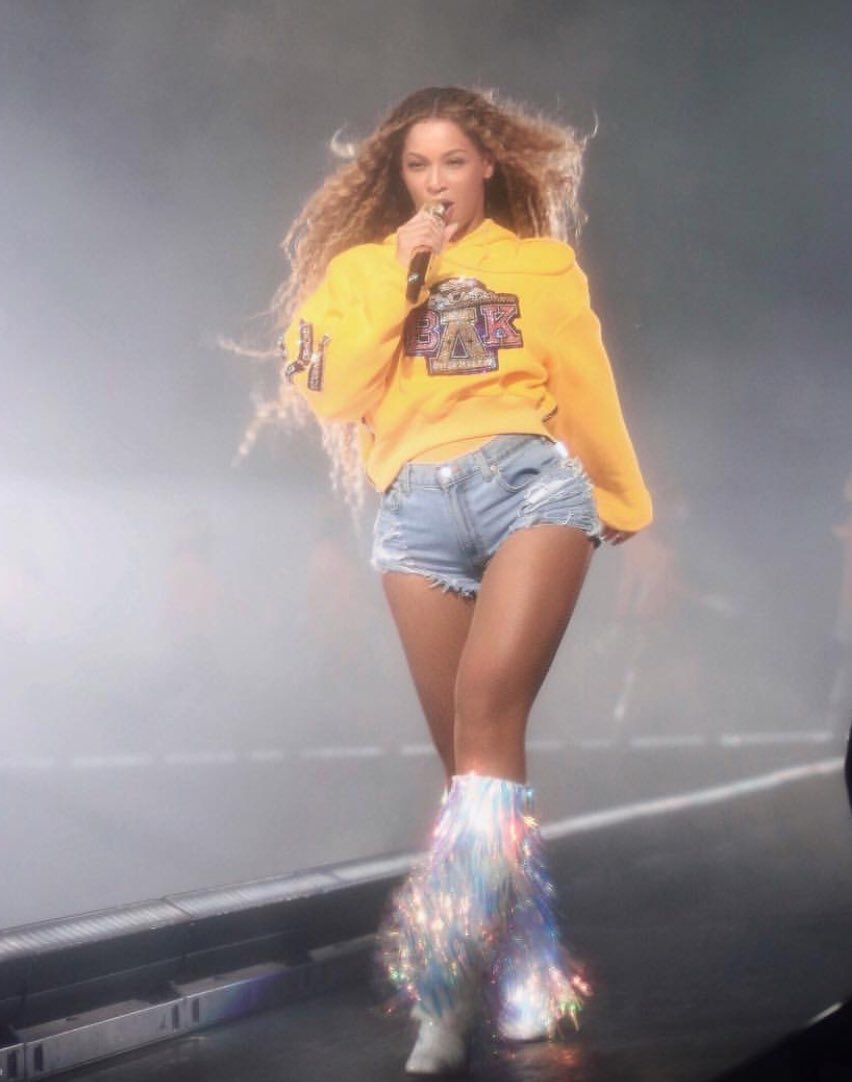 “Y’all ready Coachella?,” yelled Beyonce as she stood before a roaring crowd at Coachella the music festival in the desert. After her cancellation last year — she was pregnant with twins after all — Queen Bey pulled out all the stops for this show.
‘Coachella, thank you for allowing me to be the first black woman to headline,’ Beyoncé said, before singing “Run the World (Girls).” 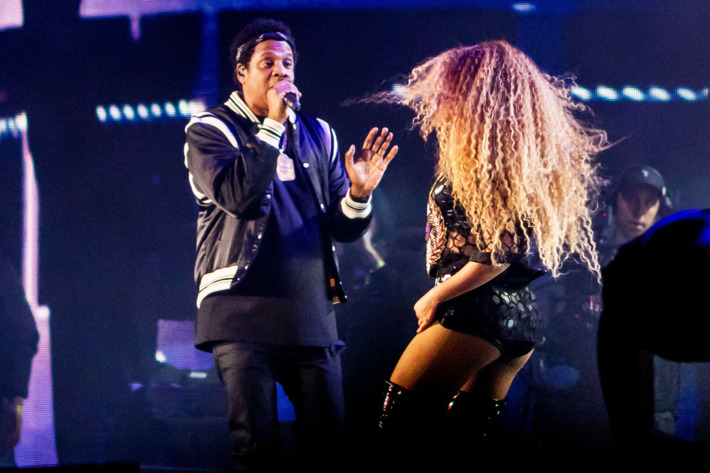 Hubby Jay-Z appeared on stage to sing ‘Deja Vu,’ Beyonce danced with her sis Solange but the biggest surprise of the night came with a much-rumored Destiny’s Child reunion. Kelly Rowland and Michelle Williams danced onstage to sing ‘Say My Name,’ ‘Soldier’ and ‘Lose My Breath’ with the Queen. 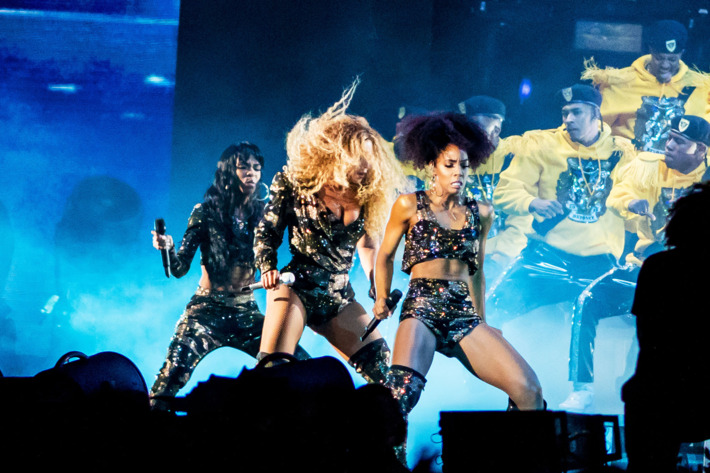 And being the Queen B, the concert was also about high-end fashion. It included FIVE custom Balmain from the monogrammed yellow hoodie with denim shorts to the Queen Nefertiti inspired opening number complete with a bejeweled cap. God live the Queen. 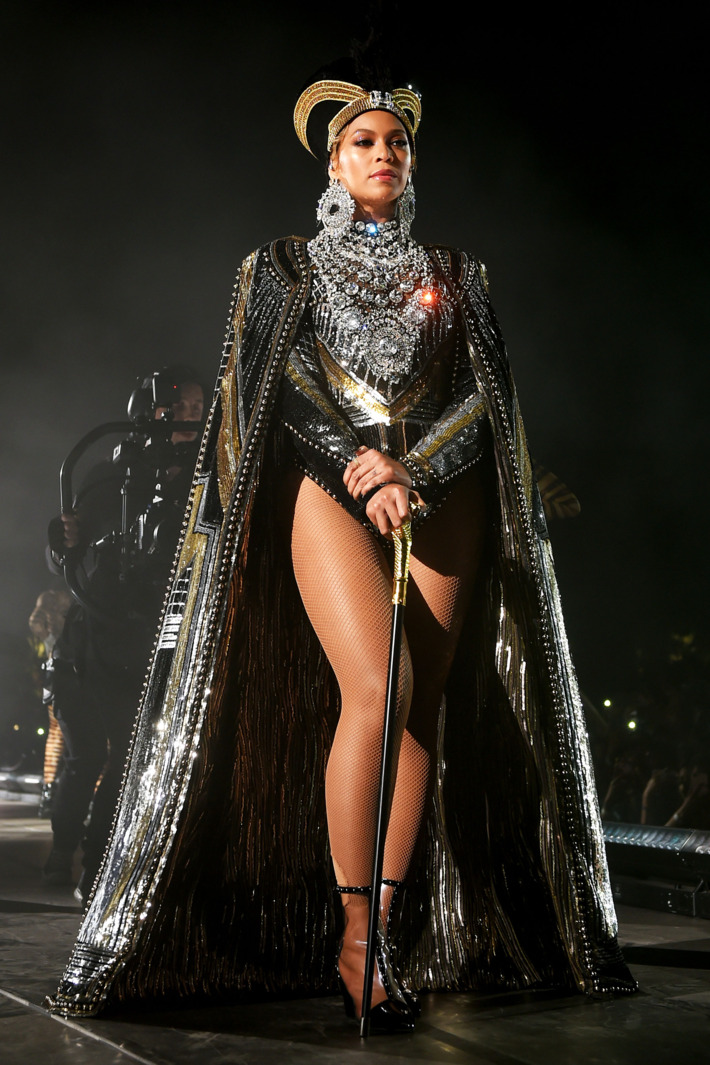 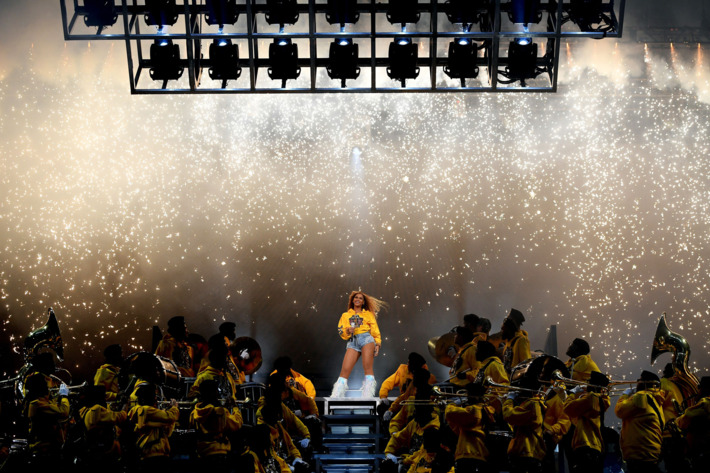