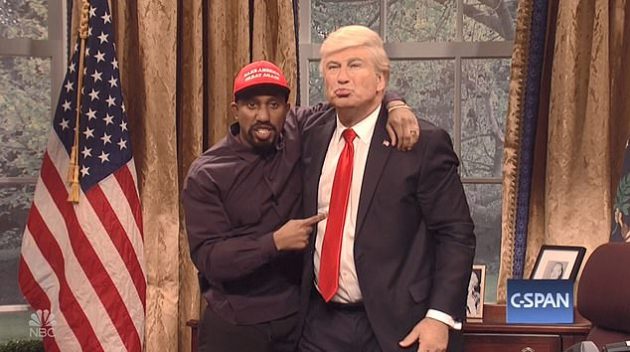 ‘He doesn’t listen to anybody but himself. Who does he remind me of?’ Baldwin’s Trump ponders as West chatters away.

After West says: ‘I’ve got a big brain and I used the best words,’ Trump realizes: ‘Oh my god, he’s the black me!’

Alec Baldwin once again reprises his role as Trump, with Chris Redd playing West and Keenan Thompson as a confused Jim Brown. Watch it.