President Joe Biden ordered the flags to be flown at half-staff to honor those killed in the Boulder, Colorado mass shooting that took 10 lives.

‘We can ban assault weapons and high-capacity magazines in this country once again,’ he said, encouraging lawmakers to act. ‘This should not be a partisan issue. It’s an American issue. It will save lives. American lives. We have to act.’

He also urged senators to pass the two two gun control bills which increase background checks, which passed the House easily and now are stuck in the Senate. The President went on to say: 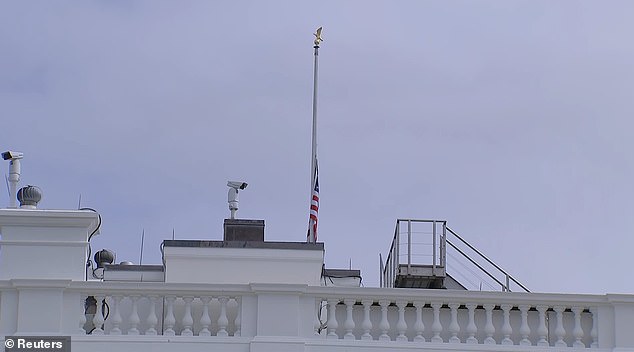