UPDATE: As day turns to night in Paris, the fire still rages at Notre Dame and fire officials warn that it ‘cannot be stopped.’ The spire has already collapsed and now part of the roof. A French interior ministry has said that saving the building ‘is not certain.’

‘Everything is burning, nothing will remain from the frame,’ Notre Dame spokesman Andre Finot said. The iconic 12th-century cathedral is one of Paris’s most beloved landmarks and famous the world over. 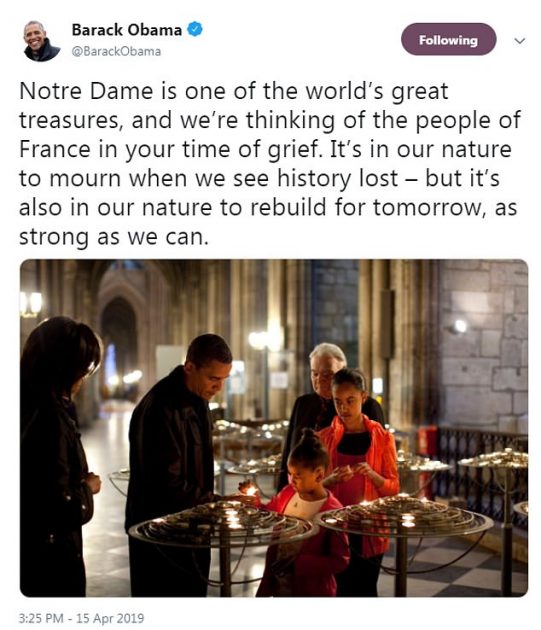 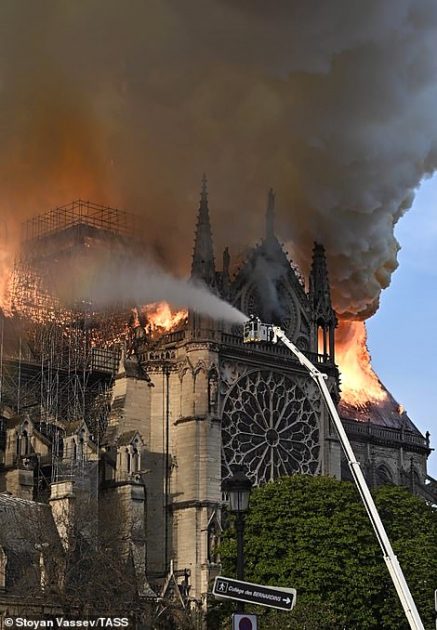 Macron tweeted shortly after the blaze: ‘Our Lady of Paris in flames. Emotion of a whole nation. Thoughts go out to all Catholics and all of France. Like all our countrymen, I’m sad tonight to see this part of us burn.’ 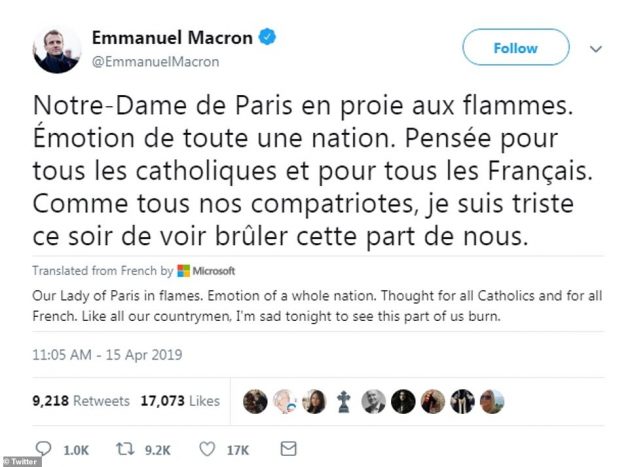 Officials in Paris said the fire could be linked to restoration works as the peak of the church is currently undergoing a $6.8 million renovation project. 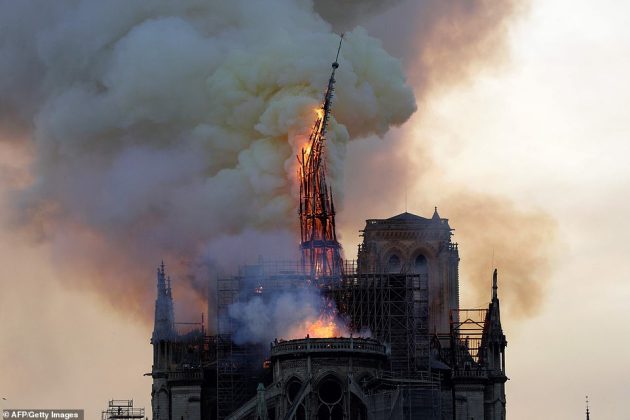