Despite the fact that Texas had had a 40% increase in gun shootings since last year, Republican Gov. Greg Abbot declared his State a ‘sanctuary state’ for gun rights and just signed into law a ‘constitutional carry’ which means that legal gun owners can ‘open carry’ their weapons without permits or training. 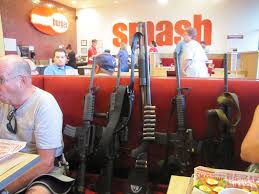 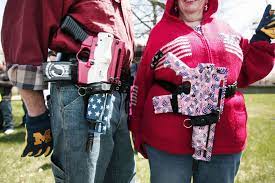 Governor Abbot said the new law ‘instilled freedom in the Lone Star State’ and made Texas the 20th state to allow residents to carry firearms without permits.

Even the police fought the new law, with Dallas Police Chief Eddie Garcia saying in a statement:

‘It makes our job, the job of our men and women, more dangerous. Gun owners have a duty to ensure that their firearms are handled safely and a duty to know applicable laws.’

Before the new law, residents could only carry handguns as long as they had a license and completed training, which involved passing a proficiency test and a written exam.