Nancy Pelosi called George Floyd a ‘martyr’ to ‘police brutality’ and symbolically knelt with other Democrats in the Nation’s Capital.

The Speaker of the House also proposed a new a reform bill to ban chokeholds, make suing abusive cops easier and setting up a national register of guilty officers.

‘The martyrdom of George Floyd,’ she said later in the briefing, ‘has made a change in the world.’ 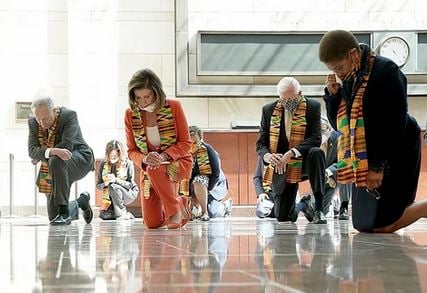