Drew Hammill, a spokesman for Ms. Pelosi, said while Ms. Pelosi tested positive for COVID, she was asymptomatic, and had previously been vaccinated and boosted. He added that Ms. Pelosi, 82, had tested negative earlier this week.

“The speaker is fully vaccinated and boosted, and is thankful for the robust protection the vaccine has provided,” Mr. Hammill said, adding that she would isolate consistent with guidance from the Centers for Disease Control and Prevention.

The speaker “encourages everyone to get vaccinated, boosted and test regularly,” he said.

As you can see in the photo below, Ms. Pelosi was among the lawmakers who appeared maskless with President Biden at a bill-signing ceremony at the White House earlier this week. 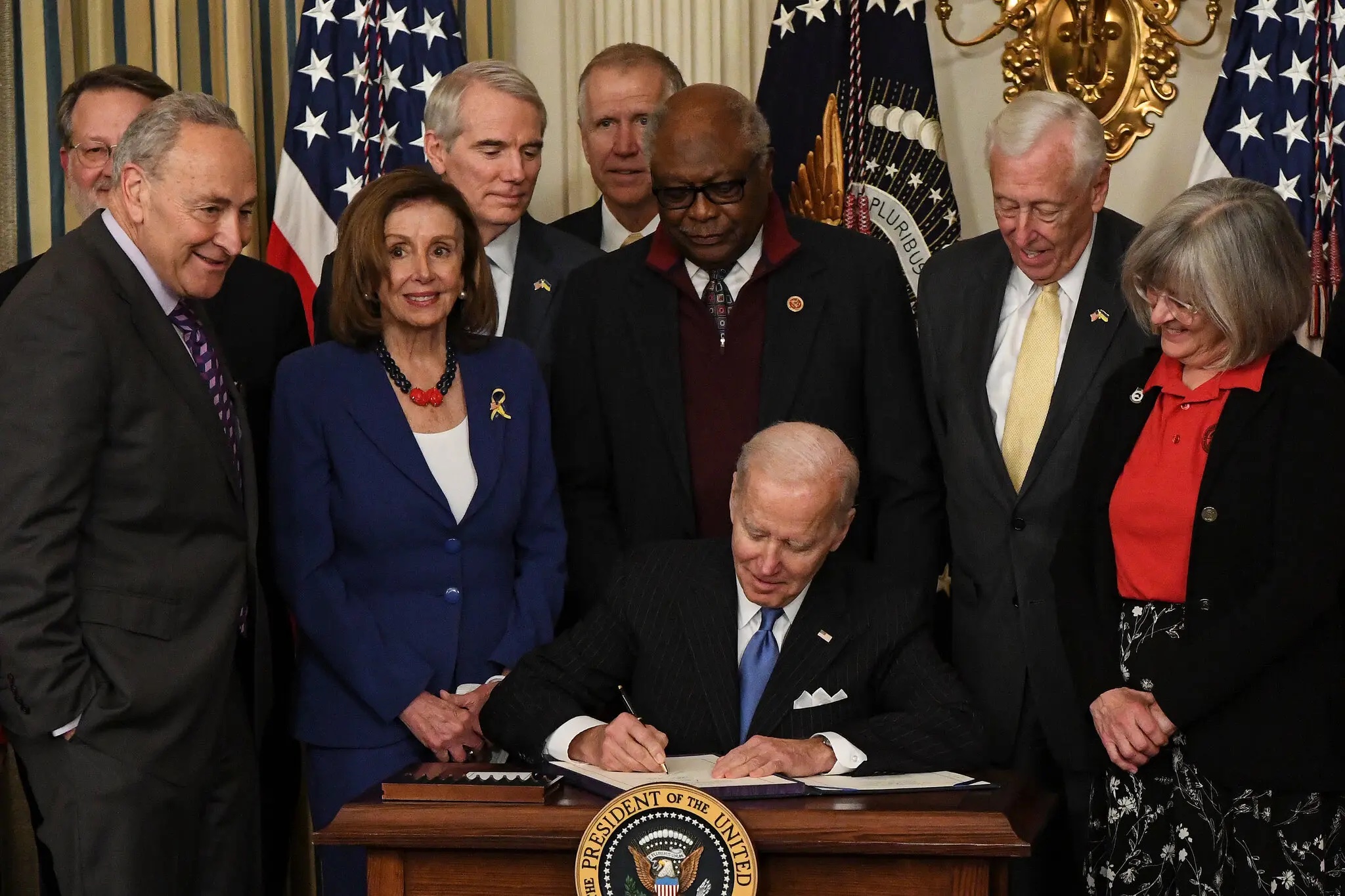 Remember, Pelosi is second in the line of succession to the presidency after Vice President Kamala Harris.