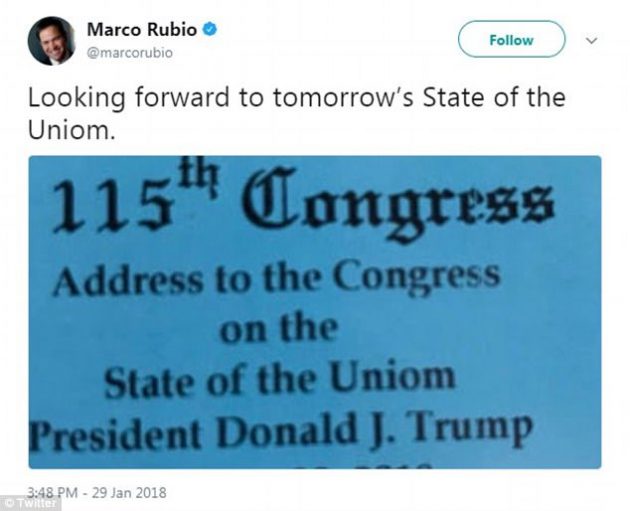 After the tickets for President Tump’s first State of the Union arrived to members of Congress, it was quickly discovered to contain a glaring typo.

Though they have been reprinted, many wags are saying Trump himself must have done the spell check. 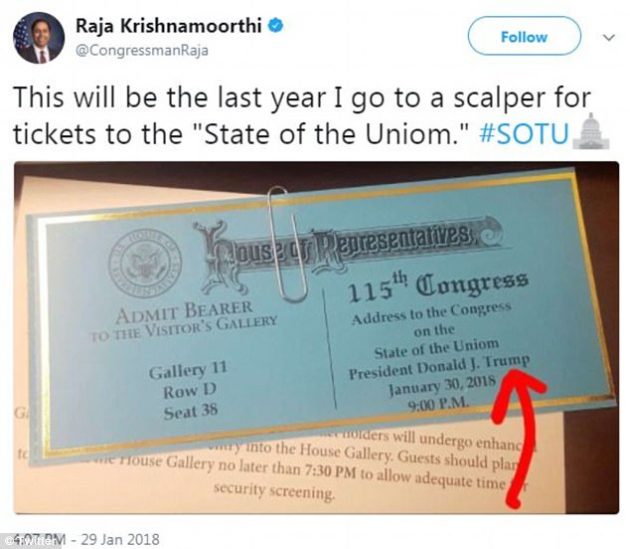