Former friends Larry David and Alan Dershowitz got into a screaming match at a general store in Martha’s Vineyard where they both are vacationing. 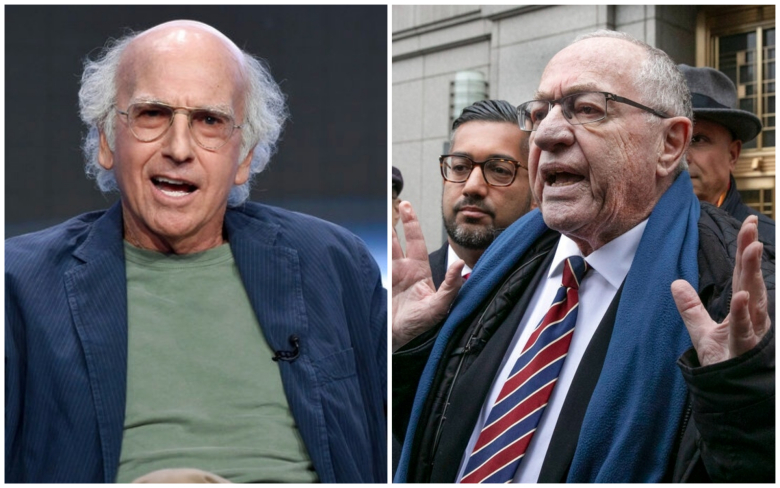 Dershowitz retorted ‘We can still talk, Larry’ but Larry vehemently shook his head and shouted  ‘No, no. We really can’t!’

According to bystanders, David ripped off his t-shirt to reveal another shirt which read, , ‘It’s The Constitution Stupid!’

Trump’s former lawyer shrugged it off, saying ‘I won’t get into a screaming match with him. If he wants to scream, he’ll have to scream alone.’