Now it’s the Pentagon who says their text messages from Jan. 6 have been ‘wiped.’

Only after the Freedom of Information Act lawsuit was filed by the American Oversight Committee was it discovered that the Defense Department ‘wiped the phones of top departing DOD and Army officials at the end of the Trump administration’, therefore deleting any texts from key witnesses to events surrounding the January 6, 2021, attack on the Capitol. 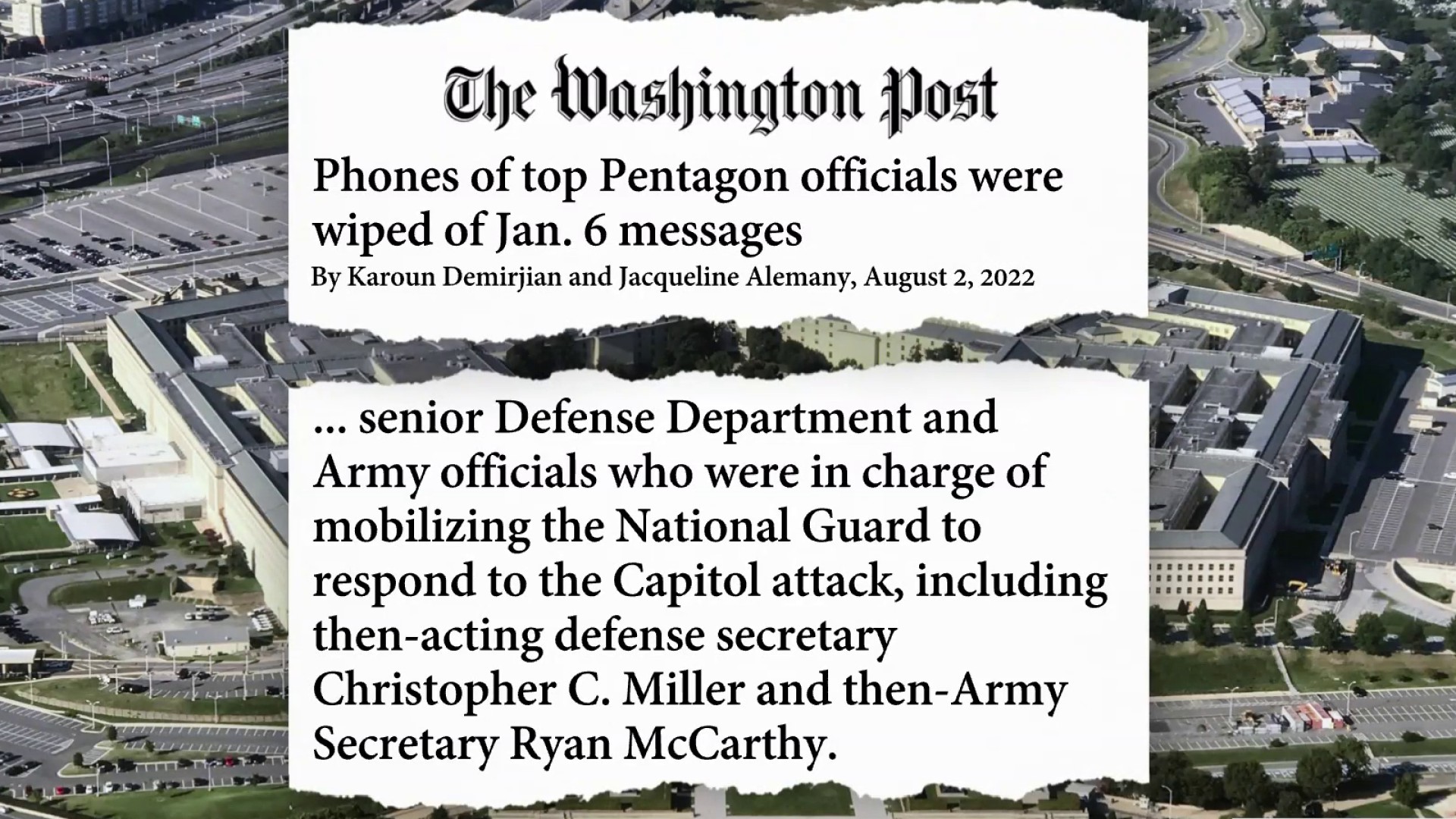 So on top of the Secret Service, the Department of Homeland Security say they have no texts to recover from that fateful day.

Now there are calls for US AG Merrick Garland to investigate.