To absolutely no one’s surprise, Trump’s Defense lawyers in his second impeachment trial which kicks off today, have a very different version of the events on January 6th.

His lawyers intend to argue that the ex-President was ‘horrified’ when the MAGA mob broke into the Capitol. Not only that, they maintain that Trump took ‘immediate steps’ to mobilize help for the trapped Congress and ‘swiftly’ tried to quell the riot. 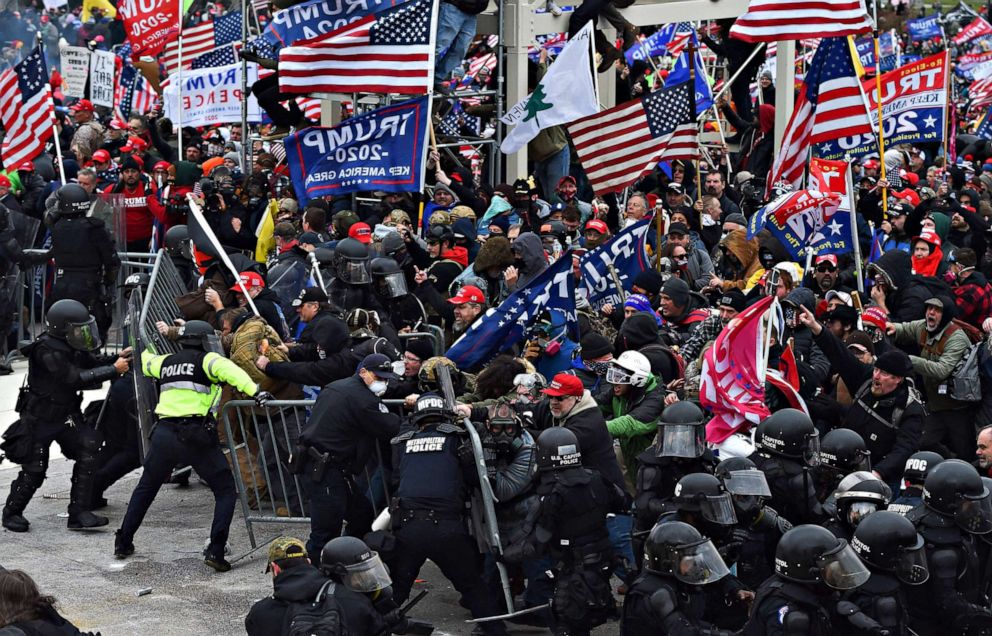 Strange, because people who were with him that day have quite a different recollection.

Numerous  White House officials have privately — and some publically — said that Trump was enjoying the spectacle and ignored pressure to end the mob siege.

It took him awhile to appreciate the gravity of the situation,” Sen. Lindsey O. Graham, a loyal Trump supporter said in an interview with  The Washington Post two days after the riot. “The president saw these people as allies in his journey and sympathetic to the idea that the election was stolen.”

Republican Sen. Ben Sasse went even further, saying that it was “not an open question” as to whether Trump had been “derelict in his duty,” saying there had been a delay in the deployment of the National Guard to help the Capitol Police repel rioters.

“As this was unfolding on television, Donald Trump was walking around the White House confused about why other people on his team weren’t as excited as he was as you had rioters pushing against Capitol Police trying to get into the building,” he said,indicating that he had learned of Trump’s reaction from “senior White House officials.”

In fact, it was VP Pence who called in the National Guard, not the President, who was still glued to his TV.

In a legal brief filed Tuesday morning, the impeachment managers argue:“President Trump barely attempts to justify his abject failure to stop the riot after it began, and confines his entire discussion of the point to a convoluted footnote that hardly offers any response or explanation at all.”

It is “absolutely not true,” they wrote, that Trump failed to act swiftly to quell the riot.

Anyone following the timeline of the day knows that Trump only reluctantly told his followers to go home and many hours after he incited the riot in the first place.