As Biden and Putin meet in Geneva today, Trump’s former Russian adviser Fiona Hill is speaking out about her ex-bosses 2018 press conference with Putin.

It was going so badly — ‘It was one of those moments frankly that was mortifying and humiliating for the country,’ she says — that the adviser desperately tried to think of ways to end it suddenly.

This was the infamous press conference where Trump refused to believe his own US intelligence reports that Russia interfered in the 2016 election.

‘He just said it’s not Russia. I will say this: I don’t see any reason why it would be,’ Trump said of his conversation with Putin.

Hill said it was a ‘mortifying’ moment for the country. 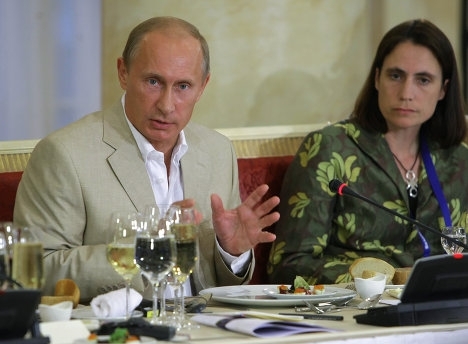 ‘My initial thought was just ‘how can I end this?’ I literally did have it in my mind the idea of faking some kind of medical emergency and throwing myself backwards with a loud curdling scream into the media,’ she said.

And she told CNN: ‘I looked around to see if there was a fire alarm but we were in a rather grand building attached to the Finnish palace that the Finnish president lent to us for the occasion. And I couldn’t see anything that resembled a fire alarm.’

She added that it was a ‘great idea’ for President Joe Biden to not hold his own press conference with Putin.