‘No one should be above the law. And today’s verdict sends that message. But it’s not enough. It can’t stop here,’ Biden said. He said after the verdict it was time for the nation to ‘come together.’

Biden compared systemic racism he said permeates the nation to ‘the knee on the neck of justice for black Americans.’

For her part, VP Harris spoke about the  George Floyd Justice and Policing Act, which she co-introduced last summer when she was in the Senate.

‘We still must reform the system,’ Harris said during her introduction. ‘This bill is part of George Floyd’s legacy.’ 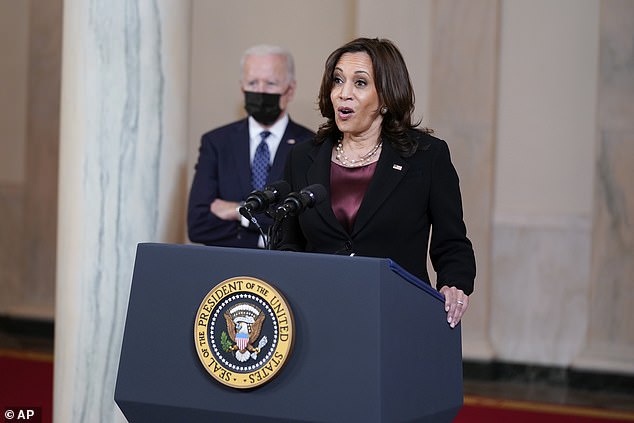