Warnock also made history, as the first black Senator in what was until this election and the first Democrat to be sent to the Senate by Georgians for 20 years

True to form, Trump is crying foul claiming once again that there was election fraud, tweeting:

‘These scoundrels are only toying with the @sendavidperdue (a great guy) vote. Just didn’t want to announce quite yet. They’ve got as many ballots as are necessary. Rigged Election!’

Inside the GOP, Republicans are blaming Trump for the loss.

‘Well, It turns out that telling the voters that the election is rigged is not a great way to turn out your voters,’ Republican Senator Mitt Romney told reporters on Capitol Hill Wednesday. 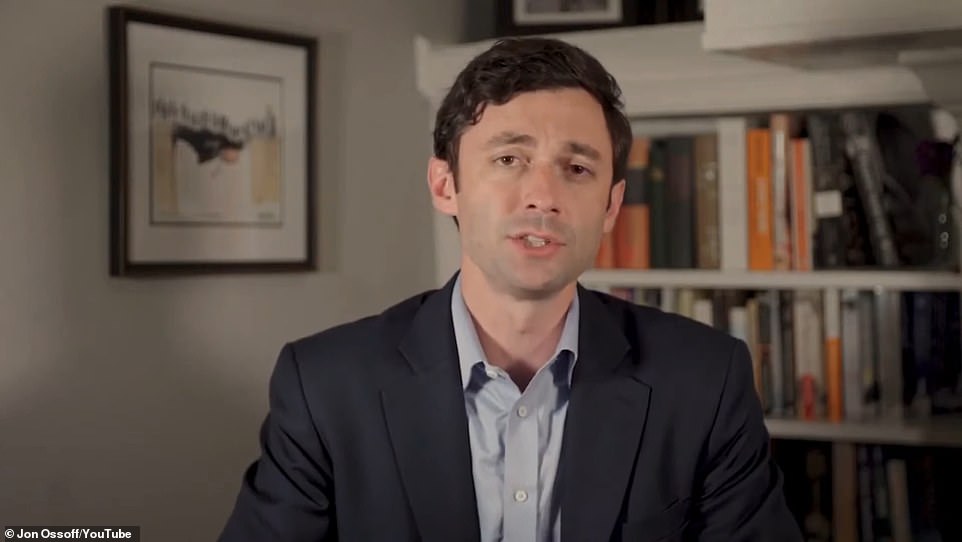